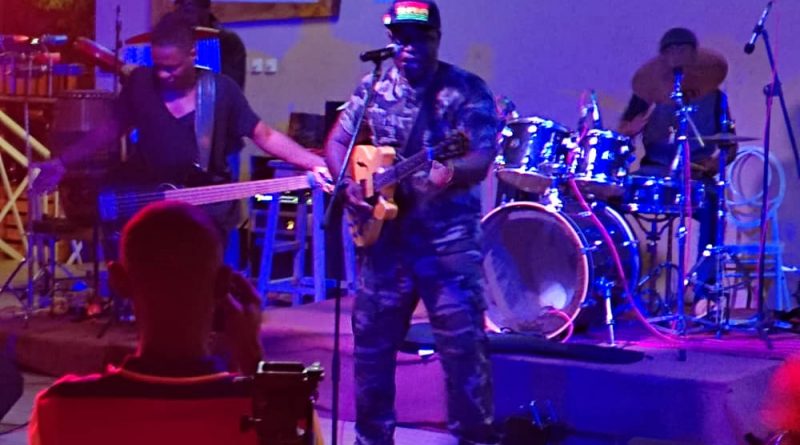 Ghnewsnow Entertainment Desk  is proud to present to you the 20 sterling Ghana reggae and dancehall artists featuring on the Where Di Money Riddim.  These artists span the entire generational spectrum  of the  genre in Ghana right now.  From  Kente to Elis Koina, the Where Di Money project will unleash a barrage of experienced artists featuring alongside raw and new talent and here at Ghnewsnow,we  will bring them all to you ahead of the release. Today,we  shine the spotlight on LOKAL KRYSIS.

Born and raised in Ghana, Michael Owusu Addo-Yobo (aka Lokal Krysis, aka Yobai) was born at Winneba and grew up at Agona Swedru, Bolgatanga, Koforidua, Accra and Tema. He was exposed to multiple Ghanaian cultures and multiple musical genres at a very early age, exhibiting a natural ear and talent for listening and reproducing music as a talented keyboardist/pianist. Aged 7, he was drafted to play keyboards with a local student band to perform at the annual student band competitions (popularly referred to as “Pop Chains”). This experience heightened Lokal’s interest in live music. He began following and listening more attentively to various artists and bands in Ghana at the time, such as Ramblers International, Uppers International, Osibisa, Hedzole Soundz, Pat Thomas & The Sweet Beans, Zaga Walata, Gyedu Blay Ambolley and Zantoda Mac III, Sweet Talks, Eddie Quansah, Sunsum Band, The Pilsners, Classic Handels, Obuoba J.A. Adofo (Black Chinese), Jewel Ackah, Bob Pinodo and many more.

He also took an interest in foreign bands and musicians like Stevie Wonder, Teddy Pendergrass, Millie Jackson, Silver Convention, Whispers, Quincy Jones, Donna Summer, Kool & The Gang, among several others. Reggae music would eventually make a telling impression on him after listening extensively to the music of Jimmy Cliff, Millicent Small, Johnny Nash, Burning Spear, Bob Marley, Max Romeo and Toots and the Maytals. The music of Steel Pulse was of particular interest to Lokal Krysis, considering their unique, unconventional style – off note basslines coupled with adulterated chords and rhythms.

Lokal was keen to develop his musical talents and began taking formal music lessons during his elementary education and continuing after enrolling at Achimota School. At Achimota, Lokal’s musical talents were significantly enhanced in part, under the tutelage of the late renowned African Musicologist Kenneth Kafui Avotri. He joined the Achimota school choir and soon became the School’s organist from 1983 to 1987. He was also prominent in the school’s pop chain competitions between 1980 and 1985, winning the best keyboardist award on multiple occasions. In 1986, Lokal became the leader and musical director of the school’s first official pop band. By this time, Lokal had taught himself to play bass, rhythm and lead guitars, drums, and percussion in addition to keyboards/piano. He singing talents were also apparent and he had interests in songwriting and studio recording.

He was also prominent in the school’s pop chain competitions between 1980 and 1985, winning the best keyboardist award on multiple occasions

After Achimota School, Lokal attended the University of Ghana to study Computer Science and Mathematics. Here, he would start the original Local Crysis Band (note the spelling) in 1990 alongside Kofi Arthur (Ras Krow), Yoofi Brew (Yofai), Kafui Dey (Ras Kaf) and Ghana’s only Grammy nominee so far, Rocky Dawuni. The Local Crysis Band very quickly became the talk of the town in Ghana as the highly promising reggae band that wowed the crowds at the Pan African Festival of Arts and Music (PAFAM 1990) among others and appeared on Ghana Television’s “Music for Your Dancing Feet” and “Radio Dance Time” programs hosted by Samson “Poncho” Quain.

Lokal was the band’s leader, musical director and bass guitarist and played a prominent role in the band’s only studio album (African Culture) that was never fully released. He composed and wrote the title track, in addition to bass and keyboards contributions on all tracks. Lokal had also become a studio music producer and session musician. He was a key contributor to Rocky Dawuni’s first three (3) albums and is credited for his work on keyboards, bass, and background vocals on songs like “In Ghana”, “This is Reggae” and “I’ll Try”. Lokal worked with Nat Brew, Akosua Agyepong and Rex Omar (aka Nakorex) on their big hit “Kpanlogo Yede” recording with Gordon Lari, and a host of other musicians at the recording studio.

He resurfaced in 2011 as a solo artist with the name Lokal Krysis (note the difference in spelling), and with the global release and distribution of a 12 song self-composed, arranged and produced debut album (“Crucial Times”) under his own Krysis Musique label.

After completing the University of Ghana, Lokal went on a hiatus to pursue a professional career in IT and IT Risk Management. He resurfaced in 2011 as a solo artist with the name Lokal Krysis (note the difference in spelling), and with the global release and distribution of a 12 song self-composed, arranged and produced debut album (“Crucial Times”) under his own Krysis Musique label. Lokal insists that the name choice is to continue the legacy of the band that he started at the University of Ghana. His song “Global Attestation” on the Crucial Times album won an Akademia Music Award for best reggae song. He has since followed this album with singles (“Sing a Song”) and his latest big hit (“Dangerous”) which has been enjoying rave reviews worldwide and has been prominently featured on Indie Radio and TV Networks in the United States.

Lokal Krysis is an accomplished Management Consultant, owns and runs the SoundWave Recording Studio in Dallas Texas, and has been regularly performing live concerts in Ghana, the US and UK. In one of those concerts in Ghana, he led other Ghanaian musicians like Kente, Knii Lante and Nana Fynn in a concert to raise funds to support children with autism in Ghana. Just last week, Lokal sold out an amazing live performance at +233 Jazz, Bar and Grill in Accra and continues to expose his brand of reggae music and afro roots reggae to a fast-growing global fan base. Lokal is currently working a new album to be released in thr first quarter of 2022 and is also working to establish a world class recording studio in Ghana to help identify, groom, and expose budding Ghanaian musical talents to the world. 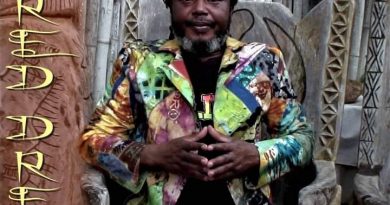 3 thoughts on “Featured Artist: Lokal Krysis – From Crysis To Krysis ; A Sound Evolution”