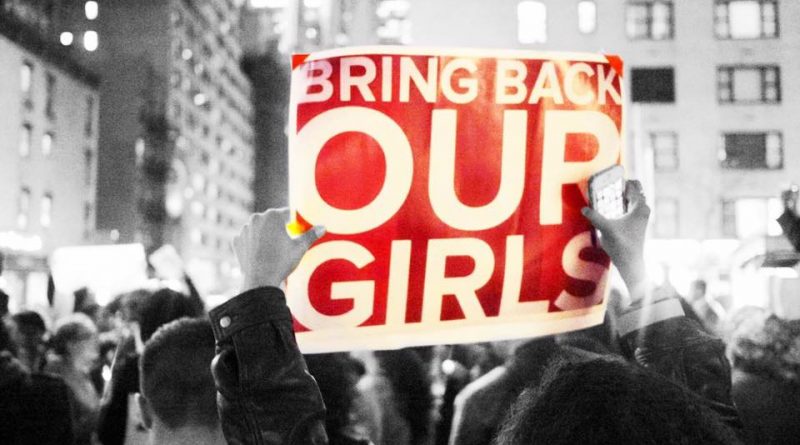 May 8, 2017 (GIN) –Boko Haram militants who used kidnappings, bombings and the torching of whole villages during an 8-year insurgency in northern Nigeria, this week released 82 of nearly 300 schoolgirls taken in a brazen late-night raid at a government secondary school in April 2014.

The girls were released in exchange for six Boko Haram fighters held by authorities, according to one report. After a stop at a military base in Banki near the border with Cameroon, the girls were flown to the capital Abuja for a meeting with President Muhammadu Buhari.

The handover took place early Sunday, May 7, ending negotiations of several months in which the government of Switzerland and the International Red Cross were involved. Parents of the missing girls carefully scanned an unofficial list with names and photos to see if their child was among those freed.

Many of the girls from the school in Chibok, State of Borno, were Christian but were later photographed in Muslim dress by the militants. Of the 276 girls kidnapped in April 2014, 113 are still missing.

Reports of the disappearance of young girl students sparked international outrage and a massive social media campaign led by Nigerians in which former First Lady Michele Obama took part, tweeting a picture of herself holding a placard which read #BringBackOurGirls.

This was the second release of schoolgirls since the electoral defeat of former President Goodluck Jonathan, scored for his failure to lead an immediate and thorough search for the students, many of whom were forced to take militants as husbands and bear their children.

While the kidnapping of schoolgirls gained notoriety worldwide, the actual number of kidnappings by Boko Haram in Nigeria is estimated at 30,000 with some young people used as suicide bombers.

Observers and local media link the release of the girls to the President’s almost immediate departure for the UK where he recently spent almost two months receiving unspecified medical treatment. Little is known about his ailment and officials deny that the President is ill although appeared to be gaunt and unwell.

Rejoining their communities will not be easy for the girls after the trauma of abuse by their captors, inadequate food, shelter, and medical attention. Some have even been rejected as collaborators with the militants by their villages. 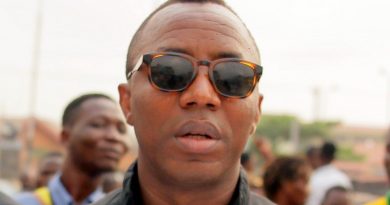