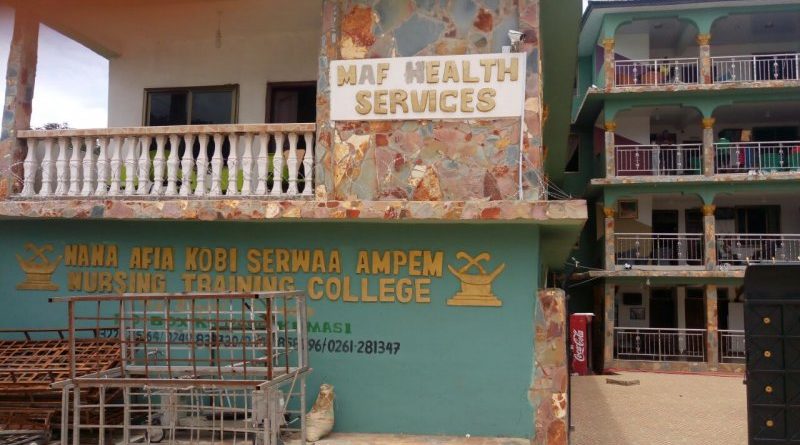 Police at the Tafo Moro Market in Kumasi in the Ashanti region have arrested the managing director of a nursing training school in the area after he allegedly assaulted one of his students for rejecting his love proposal. According to the victim, the jealous director of the Nana Afia Kobi Ampem nursing training college, Owusu King, pounced on her after he spotted her talking to one of her male colleagues at school Friday night. The victim who is currently receiving treatment at the emergency unit of the Komfo Anokye Teaching Hospital said Owusu got even more provoked when he realized that she was recording his assault on her. She ghnewsnow.com that parts of her ribs and face have been fractured as a result of the number of slaps and punches she received in the attack. Attached is the audio recordings of the victim.

Father of the victim who also spoke to Bediako Justice said the family will pursue the matter to its logical conclusion. He said his daughter had nothing amorous with the suspect. Meanwhile, the special aide to the Manhyia Chief of Staff Kofi Boadu has revealed that the palace has no association with the school in spite of the fact that it is named after the Ashanti Queen mother Nana Afia Serwaa Kobi Ampem.