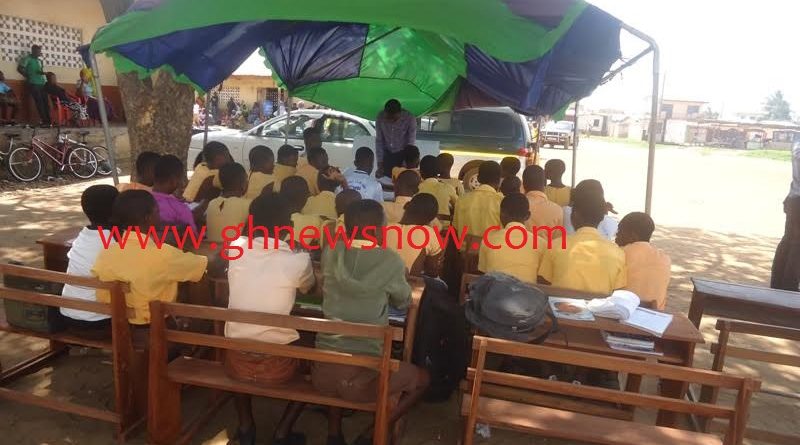 The Tema Metropolitan Assembly (TMA) has erected canopies as temporary classrooms at the Adjei Kojo TMA Basic Schools to end the schools’ shift system in the metropolis.

Not only is the Adjei Kojo basic school but other public schools in the metropolis have the canopies classrooms, and the move is to enable students at the public schools have more contact hours to study.

Furthermore, it would avoid truancy among some pupils who had often used the shift system to wander in town, thereby affecting their academic performances.

“The canopies classrooms are but an emergency need to fade out the school shift system, and I can promise you that the TMA is ready to permanently stop this improper school system,” Isaac Ashai Odamtten, Tema Chief Executive, indicated.

He told a section of the press, during a tour of some of the basic schools in the metropolis to officially welcome new entrants to kindergarten one and basic one of the 2016/2017 academic year, that the Industrial City Basic Schools project, dubbed the millennium education facility, his administration started would be ready by the end of this first term.

The three-storey 12-unit classroom blocks, with ancillary facilities, are located at the Anglican Cluster of Schools, Tema Newtown, Mexico School, Tema Community Two, and Oninku School, Community One, and Mr. Odamtten said a similar school structure would soon spring up at the Adjei Kojo Basic Schools.

The millennium education facility would also be a center for comprehensive child-development.

As part of its earnest preparations to ensure that all public basic schools in the metropolis run one shift system to improve on more contact hours for teaching and learning, the assembly had started distributing a total of five thousand dual desks.

That, the Tema boss said would reduce the high congestion of students to desk ratio and again, improve on the education needs of the basic schools in the area.

Still, Isaac Ashai Odamtten said the assembly was scaling up and improving on all the infrastructures of other existing basic schools in the area in order to make them fit to run the one shift school system before the end of the first term of then2016/2017 academic year.

Funding for the millennium education facilities and the upgrading of the existing structures, he said, was from donors, Government of Ghana and the assembly’s internally generated fund (IGF). 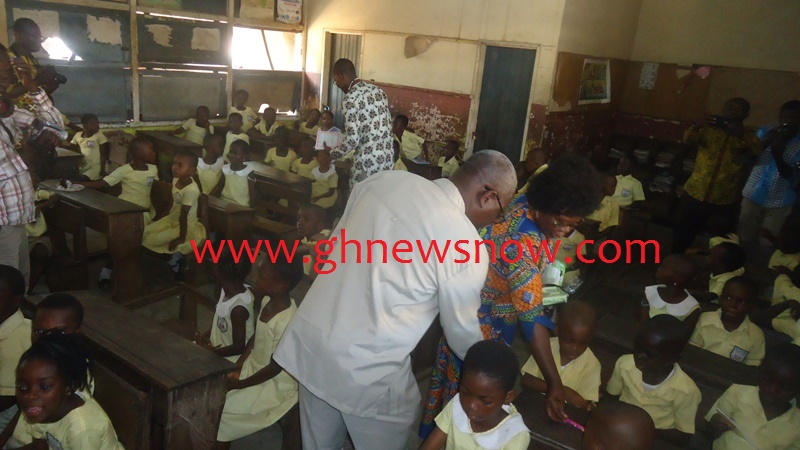 In order to improve on the security of both the teachers and pupils, the Tema MCE said the assembly had selected six public schools to be walled “and we are going to ensure that all the public schools in the metropolis are secured from encroachers and passers-by whose nuisance has been affecting teaching and learning.”

Mrs. Margaret Frempong-Kore, the Tema Metro Education Director, expressed hopefulness that the assembly would be able to gradually eliminate the shift system, which she said is one of the killers in the academic performance in the basic schools.

Earlier during their visits to welcome the new entrants of pupils, Mr. Odamtten and Mrs. Frempong-Kore distributed writing materials to the pupils.

Mr. Odamtten told the pupils that the government would continue to serve them with one daily nutritious hot meal as part of the government’s school feeding programme policy.