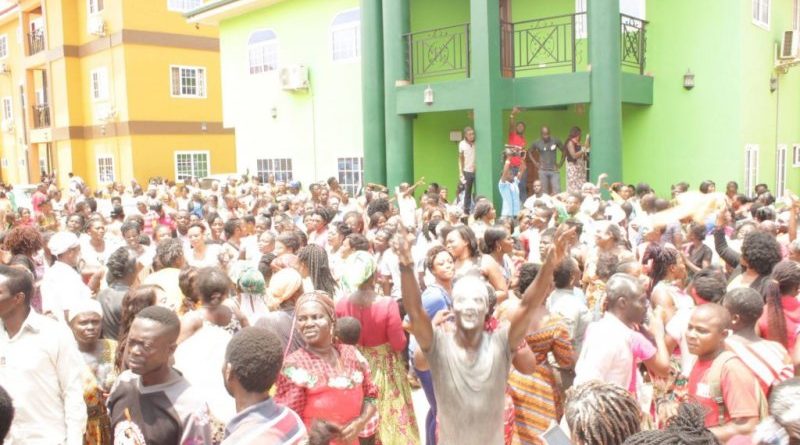 Embattled religious leader Bishop Daniel Obinim has said he has been framed up in the fraud allegation that led to his arrest.According to the controversial preacher, who was granted bail a while ago, he had never met, seen or spoken to his accuser until his arrest by the police.“I have no idea of the young man. I have never set eyes on him before in my entire life. As I looked at him at the police station, I asked myself; how can a young man who has probably never been to school, have that much money to be given to me?“I know he is just being used to embarrass me as a man of God. But I warn him, he should go and ask about all the people who started picking issues with me and how they ended up. If I am a true man of God, then let my God speak for me. You cannot disgrace me like this and go free, my God will speak and you will all see what will happen to them and their families,” Obinim told an enthusiastic crowd at his residence in Accra after his release from cells.The controversial pastor was chained at the Police Headquarters over allegation that he defrauded a business man in the sum of GhC¢11.6 million and publicly flogging two of his church members.

Ardent followers of Obinim were bused to the Nima Police Station and the Police Headquarters on Wednesday to demand his release. The irked church members clashed with the police leading to the arrest of a lady. They have vowed to vote against President John Mahama come the December 7 elections.He was however granted bail Thursday after spending two nights in cells.