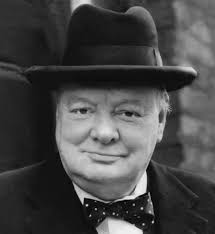 Faith leaders have praised the “dignity”, “grace” and “forgiveness” with which the Archbishop of Canterbury greeted the revelation that he is the illegitimate son of Sir Winston Churchill’s last private secretary.

Leading religious figures have spoken of their support for Archbishop Justin Welby, Born 6 January 1956, and of their admiration for the way he has reacted to the discovery that his father was the late Sir Anthony Montague Browne, who served Churchill in Downing Street.

He had previously believed his father to be Gavin Welby, a whisky salesman of Jewish descent, until a DNA test arranged by The Daily Telegraph proved otherwise.

The Archbishop’s mother, Lady Williams of Evel, confirmed to her son that she had a liaison with Sir Anthony a few days before she married Welby, but that she had never suspected there was any doubt over his paternity.

It now appears that Archbishop Welby hinted at the dramatic revelations to come when he spoke in Zambia to a gathering of young people from across Africa on Thursday – two days before the news broke.

Speaking on the question of personal identity on the eve of the Anglican Consultative Council meeting, he told them: “We need to be a church where I am who I am because I am in Jesus Christ. That’s the only thing that gives me identity and you will see why I am saying that in a couple days’ time.”

The revelations about Archbishop Welby’s paternity have prompted an outpouring of affection and admiration for the man and the way he has reacted to what he described as “a complete surprise”.

Cardinal Vincent Nichols, the Archbishop of Westminster and leader of the Roman Catholic Church in the UK, said: “Today my heart goes out to Lady Jane Williams and her much loved son, Justin. Keeping them, and their wider families, in my prayers I am full of admiration for the dignified manner in which they have handled this startling news. Upheaval in family life is neither uncommon nor easy to embrace. Every family knows this. But to do so with such steadiness and honesty in the full glare of publicity is remarkable and yet fully characteristic of them both.

He added: “This is a great tribute to their Christian faith. It reveals the primacy of our life in Christ, which is fundamental to all who are His disciples. Their lives and demeanour are a parable of God’s mercy in action and of the strength and joy of family love in the face of every difficulty.

“As the Catholic Church reflects on Pope Francis’ message of humility and compassion before the story of every family, we are blessed by the example of this good family at a moment, in its story, of drama and difficulty. May God bless them all.”

“His identity is secure, he feels the same person that he was three weeks ago. It’s intriguing, but he finds himself in the position of many other people who discover their father is rather different from the person they thought.”

Dr Jonathan Romain, one of Britain’s leading Rabbis and a commentator on religious and social affairs, said: “It is a good example of how to deal with unexpected or difficult news – being open and frank – while it also recognises the reality that family life can often be wonderful and enriching, but is equally capable of being messy and complex.

“The news does not affect his personal identity in any way – he is who he has become – nor does it lessen his authority as Archbishop.”

Sir Anthony was a decorated wartime RAF pilot when he joined the Foreign Office and was seconded to work for Churchill from 1952 until the former Prime Minister’s death in 1965.

It was here that he met and had a brief liaison with Lady Williams, just days before she eloped with Welby to the United States.

Sir Anthony’s widow Shelagh, Lady Montague Browne, had long suspected her husband was Justin Welby’s father because of the unmistakeable resemblance between the two and the fact Sir Anthony appeared to take a close interest in the child.

In later years Archbishop Welby became aware of the rumours about his paternity but dismissed them, assuming that because he was born nine months after his mother’s marriage to Welby he was his son.

In a statement released on Friday evening he said the discovery, while “a surprise”, had not shaken his sense of self, describing it as “a story of redemption and hope from a place of tumultuous difficulty and near despair in several lives.”

He added: “I know that I find who I am in Jesus Christ, not in genetics, and my identity in him never changes.”

Bishop Anba Angaelos, General Bishop of the Coptic Orthodox Church in the UK, said: “These revelations would have been startling and painful enough for any individual and his family to learn and process, but to have them revealed and discussed so publicly will need a very particular grace. Thankfully however, we know that this grace is in no short supply in the lives of Archbishop Justin and his family.

“ I found the archbishop’s [statement] to be very moving indeed, and indicative of the peace, love, forgiveness and resolve that we are not only all called to, but all endowed with if we but allow God’s healing, reconciling and comforting presence in our lives. This is of course also indicative of the personable and ‘real’ character we have all come to know to be Justin Welby, who, I am confident, will have this experience further enrich his ministry of compassion.

Bishop Angaelos added: “We pray for Archbishop Justin and his family, and particularly his mother, as they deal with this challenging time.”

Lord Fellowes, the Conservative peer, screenwriter and creator of Downton Abbey, said: “One of the most important philosophies for men and women to follow if they want to lead a fulfilling life is to recognise the things they can change and the things they can’t change.

“One’s parentage is unchangeable and the only thing to do is to accept it and move on and Archbishop Welby has taught us how to do that. It’s good to see a spiritual leader tested spiritually themselves and meet the challenge as eloquently as he has. He is an example to us all.”

Archbishop Welby’s statement was read to members of the Anglican Consultative Council, as they gathered for talks on Saturday, by his head of staff, the Bishop at Lambeth, the Rt Revd Nigel Stock.

Bishop Stock told those assembled that he had been deeply moved by the Archbishop’s reaction.

“I feel his openness, his complete honesty, is absolutely typical of the man I work with,” he said, adding: “One of the things that always strikes those who work with him is the closeness of his family and the way they support each other.