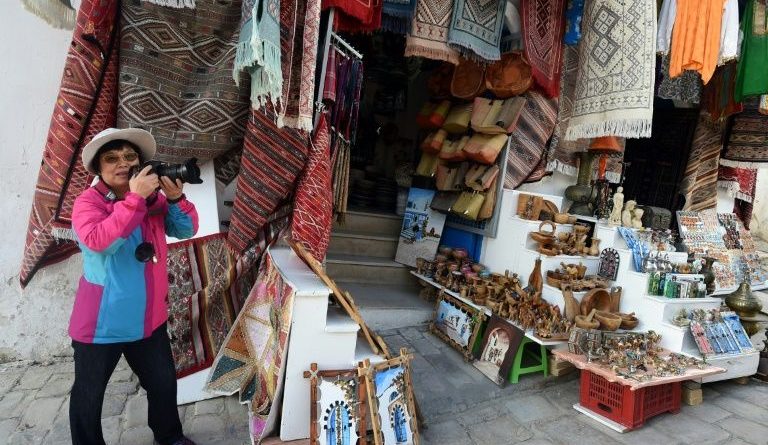 Arab nations are looking to Chinese visitors to revive their tourism sectors, battered by security fears, and also need to develop homegrown tourism as a lifeline, ministers from the region say.

Bookings to nations in North Africa and the Middle East, which had been recovering after the Arab spring unrest, fell last year following deadly attacks claimed by Islamic extremists in Tunisia and Egypt that caused foreigners to shun beaches and historic sites across the region.

But visitor numbers from China to Egypt soared last year despite a series of security blows to the country’s key tourism sector in 2015 because the government began to allow charter flights from the Asian country, Egyptian Tourism Minister Hisham Zaazou said.

The number of Chinese visitors to Egypt more than doubled from 60,000 in 2014 to 135,000 in 2015, “in a year in which we suffered a lot”, he said at a conference on tourism policies in Arab nations at the Madrid international tourism fair Fitur, which wraps up Sunday.

The following month a Russian airliner crashed in the Sinai desert shortly after taking off from the Red Sea resort of Sharm el-Sheikh, killing all 224 people on board.

The Islamic State jihadist group said it downed the aircraft and tens of thousands of foreign tourists, including some 80,000 Russians and 20,000 Britons, were stranded in the resort after flights were cancelled for security reasons.

Egypt has also boosted promotion efforts in Saudi Arabia and other Gulf Arab nations, leading to a sharp increase in the number of visitors from those nations and is doing more to promote domestic tourism, Zaazou said.

The country is banking on the short memory of global travellers who have been scared off and returned to the country before, most vividly after the Luxor massacre in 1997 in which over 60 people were killed, mostly Swiss and Japanese, he added.

“I believe 2016 will be the year tourists come back to Egypt and our part of the world,” the minister said.

Like Egypt, Morocco has stepped up its efforts to develop its domestic tourism market to help offset fluctuations in the arrival of foreigners, Morocco’s Tourism Minister Lahcen Haddad said.

The domestic market now accounts for 33 percent of the nation’s total tourism activity, up from 25 percent in 2012.

“That has also encouraged a lot of investors to stay in Morocco to invest more. We have been able to draw more investment despite the crisis that started in mid-2014. We have also seen more creation of jobs and seen more hotel brands interested in Morocco.”

Swiss group Movenpick opened its third hotel in Morocco in Marrakech at the end of last year, one of several major hotel investments in recent years.

Except for one attack against tourists in 2011 in Marrakesh — the kingdom’s biggest tourism centre — Morocco has been calm for the past decade.

But it still suffered a slump in visitors last year after 38 people, mainly British holidaymakers, were gunned down at Tunisia’s seaside resort of Sousse in June.

“Domestic tourism is the thing that will keep you going during difficult times. And we have neglected in our region local tourism. I think maybe what happened to us in the region is a wake up call,” said Jordanian Tourism Minister Nayef Al-Fayez.

The Madrid-based United Nations World Tourism Organization predicts the number of international tourists to the Middle East and North Africa will triple to 195 million in 2030.

But the head of the body, former Jordanian tourism minister Taleb Rifai, warned that “the new reality of safety and security and the perception of the region is a great big challenge”.

“Nobody is denying the challenges and difficulties that are coming from the Middle East,” he added.