A two-day old baby girl has been abandoned close to the Eye Clinic of the Tamale West Hospital by its mother currently on the run.

A source at the hospital disclosed to ultimate1069.com that the infant was discovered at about 12:30 am this dawn by a patient who is on admission at the facility.

The latter had gone out to use the washroom when she was confronted with the situation.

The unnamed patient the source revealed, saw something wrapped in a cloth and placed on the verandah but stood a distance observing how it made occasional movements.

Not long after that, the baby girl started screaming confirming someone had abandoned her at the facility for reasons yet to be uncovered.

The poor baby was immediately rushed to the pediatrician ward for attention and later taken to the Regional office of the Domestic Violence and Victim Support Unit (DOVVSU) of the Ghana Police Service.

Northern Regional Police Public Relations Officer (PRO) ASP Ebenezer Tetteh has confirmed the incident to ultimate106.9.com and hinted that police are on the hunt for the runaway mother of the poor girl.

According to him, the girl is well and has appealed to the public to help his outfit in apprehending the suspected mother. 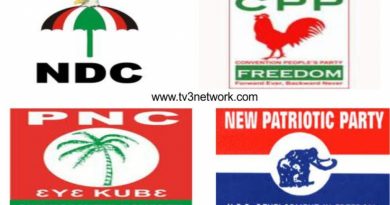