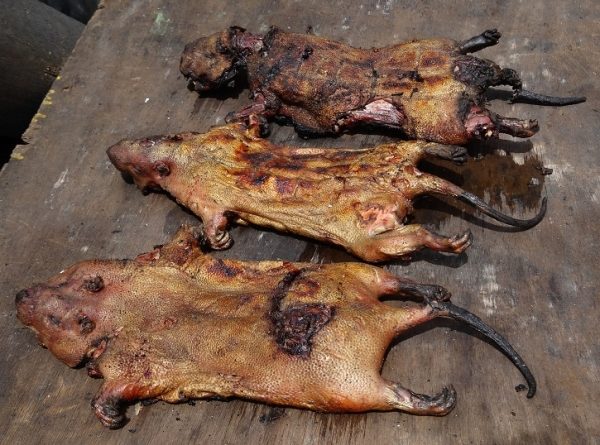 Three (3) persons are reported to have died after eating a meal prepared with grasscutter meat at Ankase in the Atiwa District of the Eastern Region.

Two (2) others who consumed the same delicacy are said to be in a very critical condition.

All the five (5) young men come from Ankase but work in Accra.

Reports indicated they decided to take a day off the hassle and bustle in the city and cool off in the town with their friends.

He said residents suspect the grasscutter may have been poisoned before being used to prepare the meal for the young men.