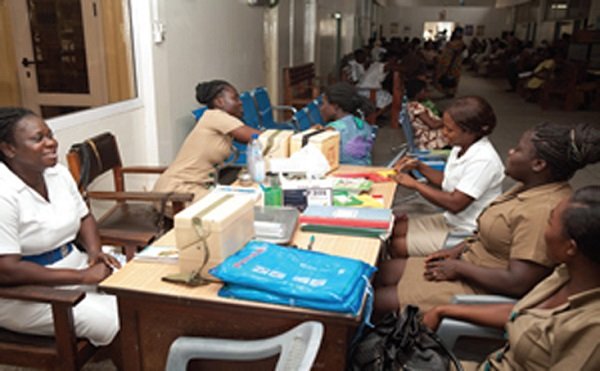 Some160 psychiatric nurses on Monday August 17, picketed at the Ministry of Health to protest delay in job placement by government.

According to the aggrieved nurses, most of their mates with whom they graduated but serving in other areas within the health sector have been absolved into the system.

They said  they were at the Ministry to find answers to the current situation.

Not even a single student of the psychiatric nurse has been employed, some said on Monday.

They said they are yet to meet the Human Resource Manager at the Ministry but will spend the night there if nobody comes out to give them audience.

About 162 graduates of psychiatry nursing have been home with no reason given for their unemployment, they claim.

According to them, the situation is having an adverse toll on them. But it appears government is not ready to employ in the wake of a three-year programme with the International Monetary Fund, IMF.