Following the release of the filing fees for the various positions to be contested during the elections at the upcoming congress these are the qualifications for interested persons who wish to vie for positions.
The basic qualifications as stipulated in the Article 10 of the Union’s constitution are as follows:
• The applicant must be of sound mind
• Must have no criminal record
• Must be a paid up member
• Must be literate in English
• Eligibility for an executive position shall be a minimum of six (6) months continuous membership

In addition to the above, persons interested in contesting for the Presidency must have held an executive position of the Union successfully for at least one term. This means the person should have either been a national or regional executive member to be eligible.
In accordance with article 11 of the Union’s constitution, an independent election committee shall be appointed by the National Executive Council (NEC) which shall be made up of 5 non office holding musicians. The election committee is automatically dissolved once the election is over.
The committee’s function shall include:
1. To define the procedure for application
2. Call for filing of nominations
3. Receive filled nomination forms
4. Vet and recommend applicants
5. The election committee members shall not be contesting applicants
The filing of applications for the elections runs from Monday, July 27 to Friday August 28 after which the candidates will undergo vetting prior to the release of the final list of contestants before Congress on October 29 in the Eastern Regional capital, Koforidua. In all 150 delegates from across the country will take part in the congress and vote.
Signed
Ahuma Bosco Ocansey
Director of Special Projects and Communications 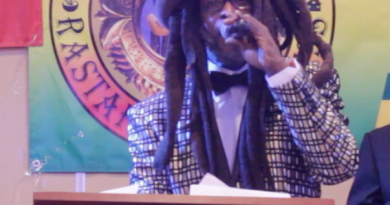