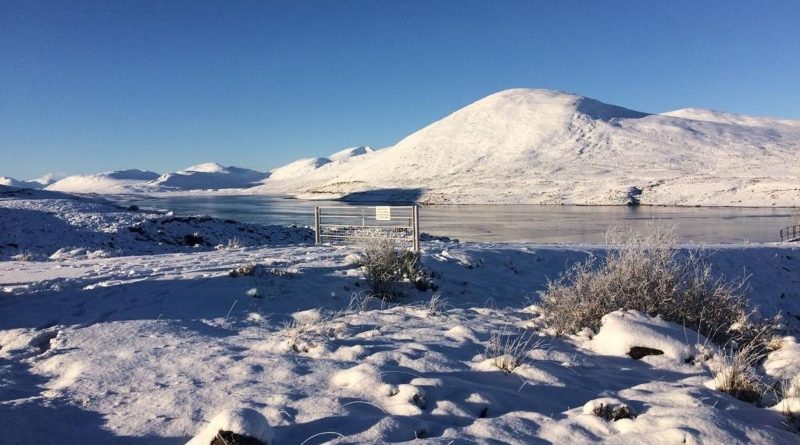 Latest Recent News World
February 2, 2019February 2, 2019 Kyidom Bright 0 Comment Britain, Snow, Weather
Britain is bracing for what could be the coldest night in almost nine years as temperatures look set to fall to -16C (3.2F) in Scotland.
The UK has not seen temperatures that low since December 2010, when Scotland recorded -21.3C (-6.3F), according to Met Office records.
Forecasters have said parts of England could see sub-zero temperatures reach double digits too.
Meteorologist Alex Burkill said: “Saturday night it’s likely to be very similar to Thursday night – we could get down to -16C (3.2F) in Scotland, but it’s worth bearing in mind that even across the South we could get into negative double figures.”
Freezing conditions on Saturday saw motorists digging out cars trapped by heavy snowfall.
Drivers, forced to abandon their vehicles, told Sky News that road conditions had been “absolutely treacherous”.
Overnight sleet and snow hampered efforts to free motorists trapped in parts of Kent, with police reporting an “incredibly busy night” and multiple vehicles stuck.
The force said there had also been “numerous RTCs (road traffic collisions) and vehicles going the wrong way on the motorway.
Drivers found themselves stranded on routes in Hampshire, including the M3.
Highways England said 14 gritters fitted with snow ploughs worked to clear the motorway.
Lynda Magee was forced to stay in a hotel overnight after her car got stuck in blizzard conditions.
She told Sky News: “It was absolutely treacherous”.
“Visibility was bad, the snow was really heavy and there was no sign of any grip whatsoever.
“It was very, very scary, very slippery.”
At Basingstoke Hospital, staff slept on site to ensure medical cover while volunteer 4×4 drivers helped take stranded patients home.
There are warnings of continuing treacherous road conditions because of lingering snow and freezing temperatures.
Motorists in affected areas are being urged to stick to main roads and avoid steep hills and exposed routes, ensuring that their windscreens are clear of snow, frost and condensation before setting off.
A yellow weather warning for ice remains in force for much of East Anglia and across a swathe of the South stretching from Kent down to Cornwall.
The Met Office said: “After dark, temperatures will fall rapidly and untreated wet surfaces, particularly those where snow has partly melted and then refreezes, will become very icy.”
Looking ahead, a Met Office weather alert has been issued for snow and ice in parts of Scotland going into Monday.
Singer Olly Murs is making the most of the snow, posting a video of himself on Facebook dancing around semi-naked in his garden and doing the caterpillar.
In the North, former England captain David Beckham had to call off a visit to Salford City because of the weather.
He was due to watch the non-league club – which he took a 10% stake in last month – take on Maidstone in the FA Trophy on Saturday after his appointment as a director was formally approved by the FA on Thursday, but the fixture has postponed until Tuesday.
Meanwhile, ice falling from the famous Wembley stadium arch posed a hazard to players in Tottenham’s Premier League clash with Newcastle.
Magpies keeper Martin Dubravka had a near miss with a falling chunks of ice, while there were reports during the game that Tottenham’s Kieran Trippier also narrowly avoided being hit.
Experts have also warned skiers against using the snowy weather to try out their technique on the street or pavement.
Daniel Loots, from the Ski Club of Great Britain, said that “although it looks fun it’s pretty dangerous”.
SOURCE: skynews.com