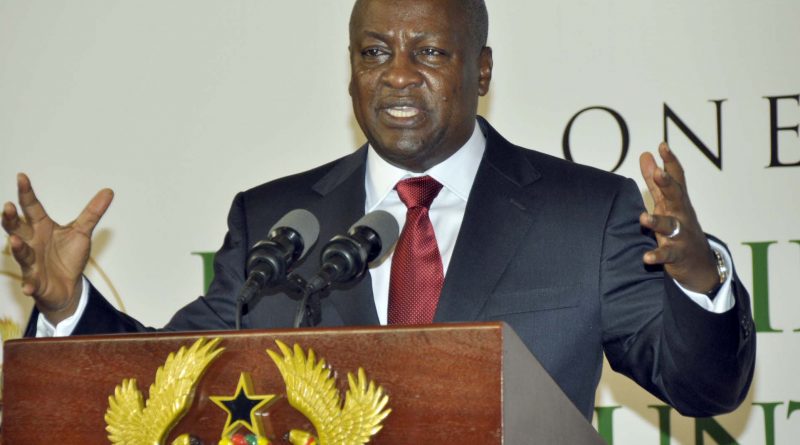 President John Dramani Mahama will deliver his final State of the Nation Address in Parliament on Thursday, December 22.  The President’s last address which is in fulfilment of Article 67 of the 1992 constitution, is expected to highlight some of the nation’s achievement and challenges as well as unite a highly politically polarized country.

The state of the Nation Address will be one of the items on the agenda as Parliament reconvenes on December 20, 2016.  President Mahama delivered his State of the Nation Address on February 21, 2016 in fulfilment of Article 67 which makes it obligatory for the President to deliver to Parliament a message on the state of the nation at the beginning of each session of Parliament and before the dissolution of Parliament.  President Mahama’s bid for a second term in office failed last week as he lost the presidential election to NPP’s Nana Addo Dankwa Akufo-Addo.

The opposition NPP have also won majority of the seats in Parliament.  Meanwhile, Ghana’s Parliament will embark on a registration exercise for Members of Parliament elect to the 7th parliament of the 4th Republic, the house’s Deputy Director, Public Affairs, Kate Addo has announced.

The registration, she added will start from 19th and that the MPs-elect will be issued with identification cards that will “enable them to vote for the selection of a speaker and other officials of the 7th parliament.”