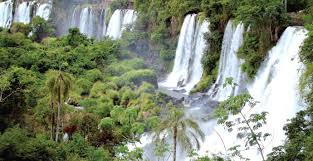 Latest News
August 18, 2016 Isaac J Bediako 0 Comment An Environmentalist And Communication Specialist, General Superintendent Of The Assemblies Of God Church, Nana Ama Kodorm Agyemang, Rev Dr. Paul Yaw Frimpong-Manso
An Environmentalist and Communication Specialist, Nana Ama Kodorm Agyemang, has backed calls mooted by the General Superintendent Of The Assemblies Of God Church, Rev Dr. Paul Yaw Frimpong-Manso, for the re-introduction of superstition into present day Ghana, to effectively, reduce the mass degradation of the environment.
According to her, those measures described as taboo, were used to prevent people from doing things that will destroy the environment as well as the ecosystem. “Not washing in river bodies, not going to farm and fishing on certain days are not superstition” She stressed that, those traditional norms and practices can be seen as rituals only if they are with the slaughtering of animals.
The Environmentalist And Communication Specialist, argued that, those measures were indigenous tool used to protect the environment, and to allow it to rest. According to her, modernity has somehow contributed negatively to the mass degradation of the environments.
She further lamented that, even though scientist have proven with evidence that, natural resources are no longer renewable, yet human penchant of being modernized has paid no regard to this research.
Speaking to ghnewsnow.com, the amiable Environmentalist bemoaned the rate of irresponsibility that has marred the collective efforts in tackling environmental degradation. She again called on policy makers to be apt in punishing wrong doings in order to wrestle the environments from the hands of irresponsible people.
Story By : Ibrahim Obeng-Mensah