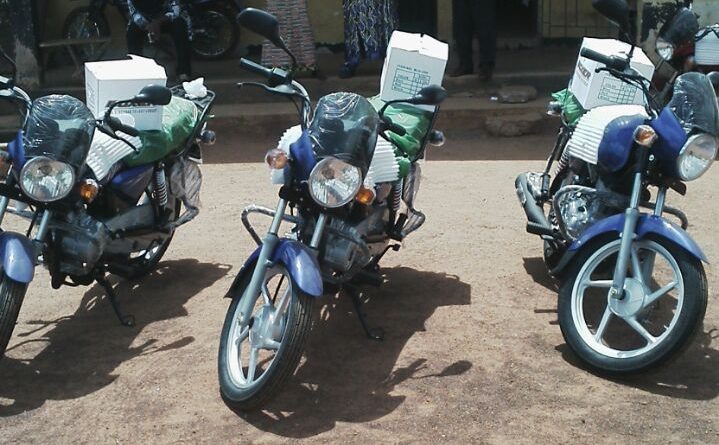 The District Chief Executive of the East Gonja District Assembly Mohammed Aminu Lukumanu has handed over seven Motor Bikes to the District Education Directorate to aid Education activities in the district.

The motorbikes forms part of the Ghana Partnership for Education grant (Gpeg support project). The DCE, Hon. Mohammed Aminu Lukumanu said this would  ensure effective supervision by Circuit Supervisors to improve performance of pupils.
Hon. Lukumanu assured the Directorate of his Office’s continues support to promoting and providing quality and conducive environment for effective teaching and learning at all levels in the District.
He further called on beneficiary Circuit Supervisors to adhere to the maintenance schedule of the machines to ensure the serve the purpose for which they were given.
The District Director of Education for East Gonja, Philip Ziblim Issahaku received the Motor Bikes and thanked the Hon DCE on behalf of the beneficiaries.
He said over the years, the East Gonja district have been putting stringent measures to arrest the dwindling education performances of pupils in the area. According to the DCE,  organizing extra classes, camping final year students for intensive lessons, reducing teachers and students absenteeism were some of the measures.