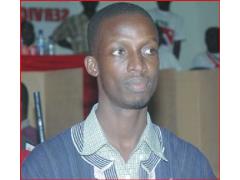 The Regional Director of the National Youth Authority in the upper west region Sulemana Mumuni has advised youth of the region to put passion ahead of money in serving their people.

Mr. Mumuni who was speaking at a dinner held over the weekend to welcome medical doctors who are in the region for a medical outreach programme, said the reason young people are dying due to the insatiable quest for quick money.

According to him; “most young people are dying because they have placed the quest of money ahead of serving their people. They don’t care how they make the money and this i think is a problem”.

The youth authority boss was not happy at the way indigenes of the region who accept postings to the region are treated.

He said;”people will come to work in this region if only they are treated well. Treating people well is not only about giving out cash but the way people are treated leaves a lasting impression on them”.

Mr. Mumuni used the occasion to pay glowing tribute to Dr. E.N Gyederi a medical doctor who has spent all his life practicing in the upper west region.
He described him as a hero who should be emulated by young persons from the region.This is the third medical outreach organized by the National Youth Authority in the upper west region in the past three years.

The exercise is aimed at getting medical doctors to come offer medical services in the region as a way of helping reduce the impact of the lack of doctors in the region.

The team is made up of 30 medical students from the University for Development Studies in Tamale and 33 practicing doctors who will be working in two districts and the Wa municipality.