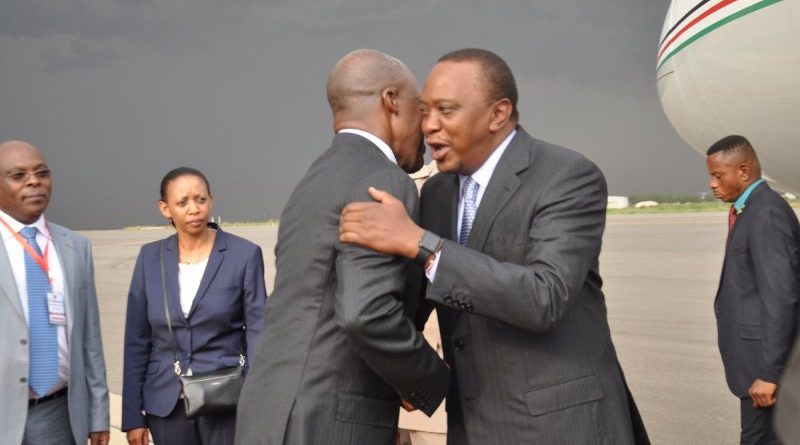 Uhuru Kenyatta and Jose Mario Vaz – presidents of Kenya and Guinea Bissau respectively – will join President John Mahama at the Black Star Square today as Ghana marks its 59th Independence Day anniversary. The two African leaders were welcomed into Ghana by Vice President Kwesi Amissah-Arthur on Saturday. The duo will join Mahama to review a national parade of school children, voluntary organisations and security services at the Black Star Square to commemorate the anniversary.

The theme for this year’s celebration is “Investing in the Youth for Ghana’s Transformation.” Mahama will deliver the Independence Anniversary Address after a march past by security personnel and school children, drills and equipment display by the security agencies and performances by various groups. There will also be parades in all regional and district capitals across the country, while the country’s missions abroad will also host National Day events across the world.