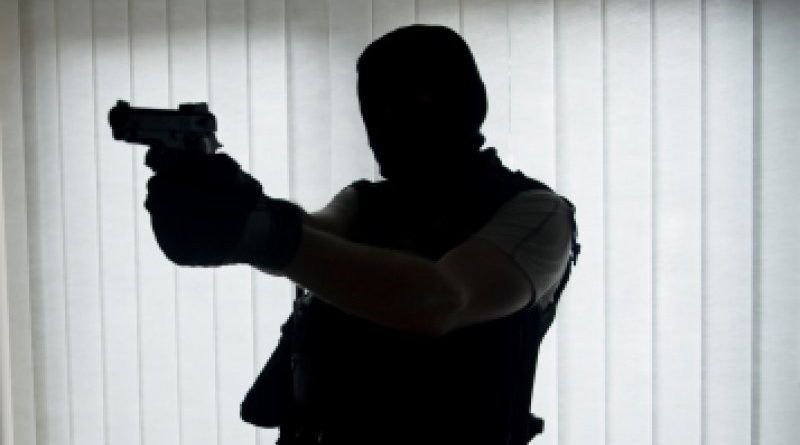 Two Police officers on duty escaped death on Sunday when three armed robbers shot at them. The Police officers who were on a motorbike towards their stationed barrier, coincidentally appeared at a crime scene where passengers onboard a commercial vehicle from Kwahu Tafo to Adawso in the Kwahu East District of the Eastern region were being robbed at gun point. The driver of the vehicle, Kwadwo Asante, told Kojo  Ansah local Journalist  in eastern region that the three member gang suspected to be foreign nationals attacked his vehicle and passengers onboard and robbed them off their belongings. He said the sudden appearance of the Police officers prevented the robbers from taking away all the belongings of the passengers. The driver added that the robbers, upon seeing the two Police officers started firing at them causing their motorbike to run into ditch. According to the driver, the robbers fled into a near-by bush. Nkawkaw Divisional Police Commander Chief Superintendent Sarfo Peprah said none of the alleged robbery victims have officially reported the incident to the Police. He said the Police received distress calls and rushed to the scene but the Vehicle which was alleged to have been robbed was nowhere to be found. He added that no Police Officer has reported to the Police of any shooting incident but was quick to add that the Police is not rubbishing the incident until investigations are completed. He however, appealed to the victims to officially report the incident to Police.