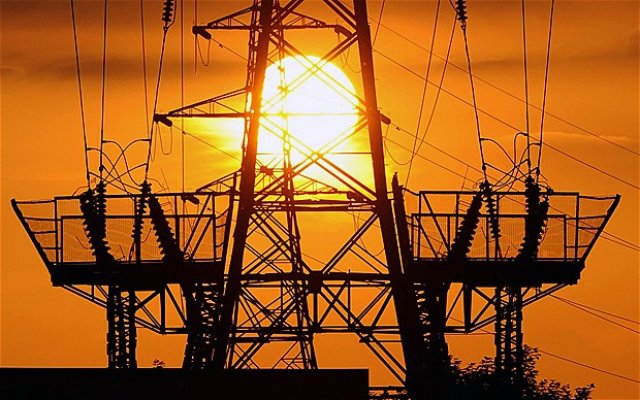 Electricity supply in the country is expected to increase to cut down the current load shedding exercise, the Ghana Grid Company (GRIDCo) has stated.“There is an ease in the load shedding, and we are doing less than 300 megawatts and it is our hope there would be enough power available for the Christmas festivities,” The Chief Executive Officer of GRIDCo, Mr William Amuna told Graphic recently.According to him, this has been made possible due to power generated by the Karpower ship from Turkey, which is currently producing about 215.22 megawatts.Transmission from the Karpower ship started Friday December 18, 2015 and consumers are to experience improvement starting Sunday, December 20, 2015.This confirms an earlier statement from Karpower that the power barge has been successfully integrated into the national grid.“Aysegul Sultan, the first Powership in Ghana with an installed capacity of 235 MW, will significantly help ameliorate the power supply in the country,” Karpower said, adding: “A second Powership, also with 235 MW installed capacity, is expected to arrive in Ghana in the first half of 2016.”Power produced from the barge is expected to help reduce the load shedding crisis, which has persisted for three years. It is one of the solutions Power Minister Dr Kwabena Donkor is relying on to deliver his promise of ending the power shortfall by the end of 2015. He promised in February this year to resign if he failed to solve the problem. President John Mahama has promised to hold the Minister to his word.A Power Purchase Agreement (PPA) was signed between state-owned utility distributor, Electricity Company of Ghana (ECG), and Karpowership Ghana Company Limited for the barge.As per the PPA, two Powerships will generate a total of 450 MW, which will directly supply power into Ghana’s electrical grid for 10 years.The agreement, according to Karpower “will be a significant contribution to Ghana’s electricity supply and industry. The Powership™ Project will be an economical solution to Ghana’s existing power generation while providing valuable foreign direct investment and local employment.”The statement signed by Sandra Amarquay, Corporate Communication Specialist, said: “The Powership will generate high voltage electrical energy at one of the lowest prices for thermal power generation.”“The two Powerships will initially use the economic and abundant Heavy Fuel Oil (HFO) to generate electricity but will have the ability to convert to Natural Gas.”According to the firm, Karpowership is the “only dedicated independent power producer” in Ghana “truly capable of operating on both HFO and Natural Gas.”The company is a member of the West African Power Pool organisation that strategically provides reliable electricity to the citizens of ECOWAS member-states at competitive costs, it said. In addition to providing security of supply and baseload contribution to the Grid, Powerships aim at operating at the “highest fuel efficiencies, as well as providing one of the lowest fuel costs for Ghana.”The operation of the Powership is estimated to deliver savings to Ghana in the range of 120 million dollars annually, as well as creating jobs for the country.The firm said it has invested more than 30m USD in mobilisation, site preparation, marine infrastructure, fuel supply, storage arrangements and grid interconnection.“This is the largest Foreign Direct Investment “FDI” by a Turkish company in Ghana and aims to also support the two countries’ growing economic relations as well as provide local employment.”About KarpowershipKarpowership is a subsidiary of Karadeniz Holding, an industry pioneer in innovative energy projects for the last 20 years, playing an active role in medium to long-term investments in domestic and international markets.The company started its energy investments in Turkey, and is the first private electricity exporter in the country, having supplied more than 27 billion kilowatt hours electricity worldwide since 2003. Currently, Karpowership owns and operates more than 1800 MW installed capacity globally. Powerships are contracted to supply 15% of Iraq’s, 27% of Lebanon’s, and 16% of Zambia’s total electricity generation. In addition to the 10-year 450 MW Power Purchase Agreement in Ghana, the company has also been awarded a 540 MW Power Purchase Agreement in Indonesia.Karpowership is the only owner, operator, and builder of the first Powership™ (floating power plant) fleet in the world. Since 2010, nine Powerships have been completed which add up to more than 1500 MW installed capacity. In addition to the current fleet, projected 5,900 MW of total capacity Powerships are under construction/in the construction pipeline.