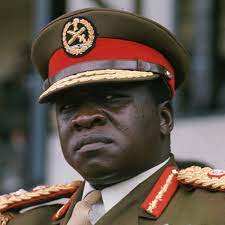 On December 17, 1972, former president Idi Amin made a proclamation that led to the renaming of some of Uganda’s physical features such as national parks, lakes and roads.

The promulgation was made on national radio and television following a campaign he had started codenamed “Uganda’s economic war” in which he expelled Indians, Israelis and the British. Amin told the nation that he had decided to rename those physical features because their colonial names were insignificant to independent Ugandan.

“Kabalega is a name that is very important. The king of Bunyoro determinedly fought the British who were advancing into Uganda from Sudan and several battles routed them. It was only after the British had been on alliance with a neighbouring local king that Kabalega was finally subdued. Names like Kabalega have much more meaning for the people of Uganda than names like Murchison which are foreign and of whose origin and significance not many people in Uganda are aware of.”

Lake Albert was renamed Lake Idi Amin Dada while Lake Edward was renamed after his friend the president of Zaire, Mubutu Sese Seko. Lake Victoria was given back its Kiganda name, Nalubaale.

“In addition, we have decided to change the names of a number of roads in Kampala as follows,” Amin said.

Salisbury Road becomes Nkrumah Road. Kwame Nkrumah as again you will be aware was another great African who tirelessly struggled against imperialism for the liberation of the whole of Africa. He was a firm advocate of African Unity and a great pan-Africanist. He greatly contributed to the founding of the Organisation of African Unity. We must honour his memory.

“1. Prince Charles Drive becomes 25 January Avenue to signify the date of the birth of the second Republic of Uganda. You are aware that the battle for our nation was commanded from the command post which lies on the new 25 January Avenue and it is only fitting that a place that important in our country should be served by a road whose name has a real meaning in our national history.

Borup Avenue becomes Malcolm X Avenue. Malcolm X was a strong Afro-American political leader who bravely exposed and resisted the activities of the imperialists. He was assassinated because of his beliefs.

At the official renaming of Queen’s Road to Lumumba Avenue on January 18, 1973, Amin said: “It is time we took stock of ourselves with a view to restoring our cultural heritage, human dignity and respect which has hitherto been denied to us by forces of imperialism and their agents.”

“To fight against the forces of imperialism and Zionism; and to succeed in this fight, we must believe and practice true nationalism as our guiding principle.”

He also warned Africans never to forget that imperialists were in Africa for their own selfish interests and not for African interests.

Because of that technicality, the name Lake Victoria remained unchanged. But later when the Kenyan government accepted Amin’s proposal, Mt Elgon was changed to Masaba Mountain.

“The changes in the names of roads, national parks and mountain I have announced tonight are only the beginning of what must be a concerted campaign to make similar changes in respect of all roads, institutions, etc. bearing colonial and imperial names in Uganda,” he said.

“I want to ask all urban and local authorities and institutions to make immediate arrangements to change meaningless foreign names of roads, streets etc. in their areas and to replace them with meaningful African or other names as indicated above. The proposal should be submitted to the Cabinet for approval before any road or institution is renamed.”

As a result of this decree, districts such as Rukungiri, Mbale and Arua have a road named Republic road or street after the Second Republic of Uganda.

It was also after this decree that roads in Uganda were named after Ugandans. In Rukungiri District, for instance, a road was named after Karegyesa, a former minister and Member of Parliament.

In Jinja District, many roads such as Nadiope, Luba (Lubas) and Gabula were named after local leaders and politicians.

Unfortunately, when Amin fell in 1979, most of the colonial names were reinstated.

Unfortunately, when Amin fell in 1979, most of the colonial names were reinstated.