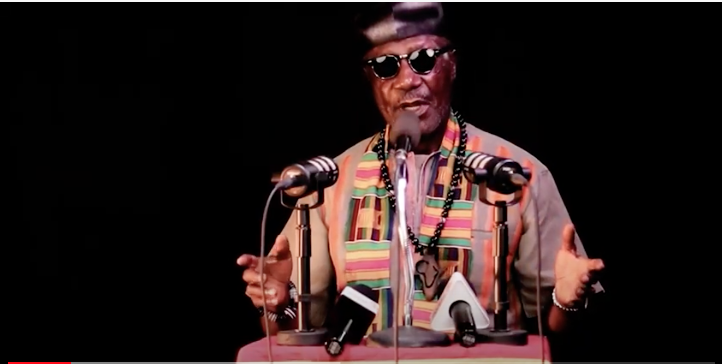 Music legend Gyedu Blay Ambolley has released a new track after what seems like a long hiatus. The Western Hall-of-famer dropped his song ‘Government Shoe’ over the past week.

The track dropped with a video to go with it  and  almost instantly went viral due not  only to  the popularity and obvious stylistic finesse of the maestro singer but also due to the subject matter.

The song seems to be an obvious and direct message to politicians and particularly the  government in  power. He makes no pretense at all about what he is talking about, rendering a commentary on what seems to be the state of Ghana right now.

The song seems to be an obvious and direct message to politicians and particularly the  government in  power.

“Government shoe, its not for you… for everybody” he delivers a call  and response.

“Too much chop chop… too much lie lie… too much borrow borrow… nothing to show” he recites.

To enhance the imagery, the video shows him rendering his lyrics on a dais like a politician with microphones and all.

This government e nyash something dey there

He also borrows from his own hit song ‘Rag;m Zo’ to  push the message in his song.

“This government e nyash something dey there”.

At a point in the song, if anyone was in any  doubt about what and who  he was addressing, he made it even clearer.

The song continues to raise debates and emotions, but if social media is a good reflection of the mood of the people, music maestro Gyedu Blay Ambolley, has once again touched Ghana’s nerve.