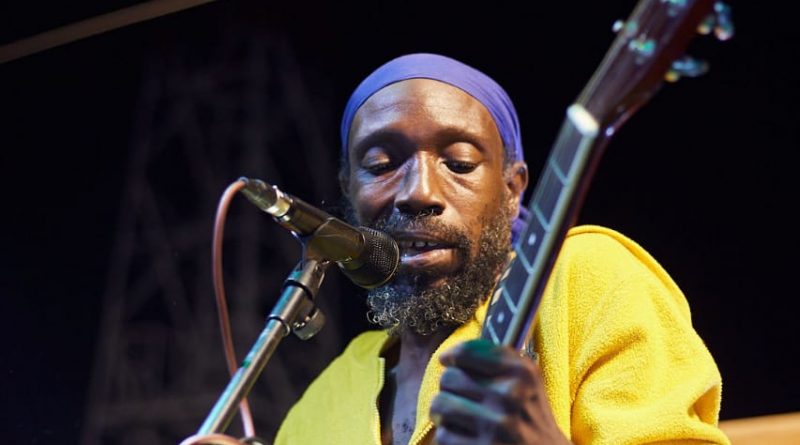 Ghnewsnow Entertainment Desk  is proud to present to you the 20 sterling Ghana reggae and dancehall artists featuring on the Where Di Money Riddim.  These artists span the entire generational spectrum  of the  genre in Ghana right now.  From  Kente to Elis Koina, the Where Di Money project will unleash a barrage of experienced artists featuring alongside raw and new talent and here at Ghnewsnow,we  will bring them all to you ahead of the release. Today,we  shine the spotlight on RAS BOOMBA.

Born Nathan Kuma on 16th November 1972 in Cape Coast, Ghana West Africa, Ras Boomba has literally grown up with the development of the Reggae scene in Ghana. A product of the prestigious Mfantsepim School in Cape Coast he followed the Pop Chains at the time, and at the College of Art at the Kwame Nkrumah University of Science and Technology (KNUST), Ras Boomba manifested bursting out with  a wild combination of songwriting skills and a meek melodious voice.

Inspired by the likes of earlier Artists and bands like Roots Anabo, Kente, Chi Kale, Consular Hayes, Rudi Kofi Frankie and Felix Bell, Ras Boomba started an early career playing and teaching music while still a student himself at Art College. Around this time, he played and participated in many sessions and a couple stage shows with bands like Shirring Shiring Shi, supplying lead guitar and occasionally rhythm guitar chops on their songs and cementing his reputation as a multi-instrumentalist with a serious reggae groove. He also would be seen occasionally jumping on the bass.

Although a solo artist, Ras Boomba has played in many bands and backed many artists in recording studios and on stage. He is essentially a session artist for a lot of the Gh Reggae/Dancehall artists. Simply put, Ras Boomba is the artist’s artist.

Although a solo artist, Ras Boomba has played in many bands and backed many artists in recording studios and on stage. He is essentially a session artist for a lot of the Gh Reggae/Dancehall artists. Simply put, Ras Boomba is the artist’s artist.

He has participated in Reggae Festivals across the length and breadth of the West African Sub Region, often travelling to Togo and Burkina Faso mostly as a resource personnel and technical director for just about anyone on the who-is-who list of Gh Reggae.

Ras Boomba has been an integral part of the sound behind the works of the likes of Rocky Dawuni, Blakk Rasta, Knii Lante, Black Prophet, Osagyefo and Melchizedek, to name a few.

He has also worked with the managements of Big Milly’s Backyard Kokrobitey and Labadi Beaches over the years as an entertainment and events consultant.