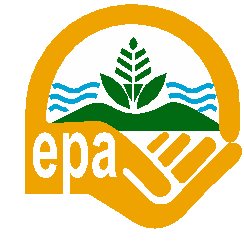 He made this known in a speech read on his behalf at a forum organized by the University of Education, Winneba (UEW), Centre for School and Community Science and Technology Studies (SACOST), to commemorate the United Nations World Environment celebration at Winneba.

The celebration was on the theme “Air Pollution: Greening the Blue” and was attended by a number of school children, who are the target groups to help disseminate the message, teachers, some lecturers from UEW, the Effutu Assembly and the Effutu Directorate of the Ghana Education Service.

Calling for immediate action to help fight it in Ghana, Mr. Pwamang said air pollution knows no boundaries and there is the need to collectively control emissions into the environment.

He said pollutants in the air could stay in the atmosphere for shorter or longer periods, and pose serious Public Health Risks to humans,  adding that, indoor and outdoor pollution were currently the most significant environmental contributors to premature deaths in Africa, outpacing malaria and HIV-AIDS.

He stated that in 2014, the World Health Organization (WHO) indicated that, one in eight of Global deaths is as a result of exposure to air pollution, “either ambient air pollution or household air pollution”, jointly causing around 6.5 million deaths per year.

Mr. Pwamang informed the gathering that health hazards of air pollution vary, and is often based on how long and how much a person is exposed to it and can cause Acute Respiratory infections.

According to him,air pollution is therefore, the single most important public health risk factor that affects practically everyone on the planet and enforcement of existing laws to stop open burning of waste for instance is a vital step to take.

He tasked the Police and the Driver’s Vehicle Licensing Authority (DVLA) to help remove vehicles, which do not meet emission and efficiency standards from Ghana’s roads. He also called for an efficient public transport system to reduce traffic congestion and its resultant pollution in the Country.