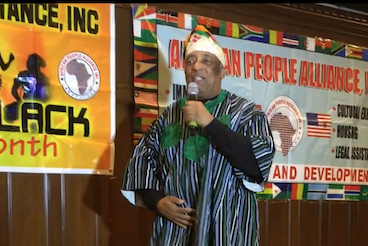 Assemblyman Charles Barron is not one of the many Black folks on the Black Panther movie euphoria bandwagon.  The outspoken New York politician says the Black Panther franchise has been preyed upon by capitalist Hollywood interests, even though it is highly touted for featuring a predominantly Black cast and is also directed by a Black director.

“Don’t be fooled by the African culture, don’t be fooled by having all black actors and black directors, that doesn’t make it a Black film when it is owned by Disney and Marvel comics”, he said.

Mr. Barron, a very recognizable face among African migrants in New York, made these remarks in his keynote speech at Fordham University in the Bronx, New York. The event was organized by the African People Alliance (APA) to observe Black History Month.

Himself a member of the original Black Panther Party Mr. Barron broke down the plot for an attentive audience drawing attention to what he deemed subliminal twists in the story. “How do you have the CIA being the close hero in a movie we wrote?”, he asked.