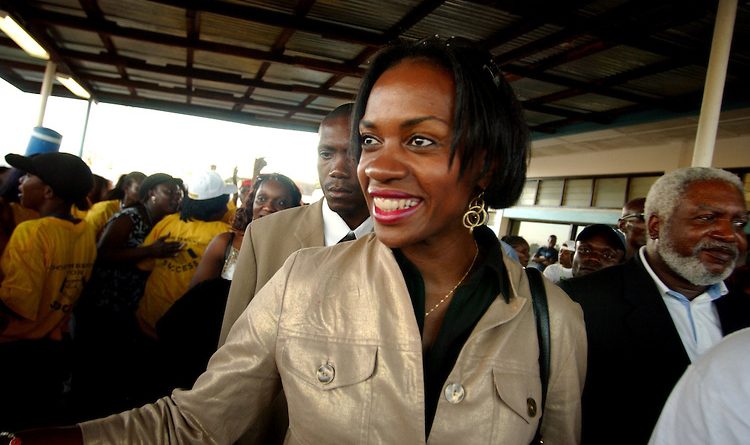 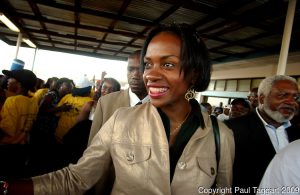 While some Jamaicans are excited about the prospects of one of their own ascending to the role of First Lady in the West African country of Liberia, the reality on the ground may be slightly different. A website, Jamaicans.com did a piece in which it reported:

Jamaicans expressed their excitement that one of their own, Clar Weah, will now be the First Lady of Liberia following the election of her husband, the former FIFA World Player of the Year George Weah as the nation’s new president. His election represents a victory for his Coalition for Democratic Change (CDC) party. A naturalized American citizen, Clar Weah was born in Jamaica to Jamaican parents. She married George Weah, who is from Monrovia, some twenty years ago. The new First Lady is a resident of Fort Lauderdale, Florida, and traveled to Liberia, the oldest and first independent African republic, to help her husband campaign for the presidency.

Reports are that couple met at a Chase Bank in the United States where Clar worked as a customer service officer. George had gone there to open an account and was enamored by beautiful Jamaican.

Clar will officially take on her new role in January 2018. George Manneh Weah received the support of the outgoing Liberian president Ellen Johnson Sirleaf and her son Robert A. Sirleaf. The elevation of Clar Weah to the position of First Lady has shown Jamaicans around the world that it is possible for a Jamaican woman to rise to a position of national prominence in the African nation.

But reports suggest that the position of First Lady is not a bygone conclusion for Mrs. Clar Weah. George Weah, known worldwide for his legendary prowess in football and locally for his philanthropy is reported to have taken another wife, Mamie Doe, a native Liberian. A cross-section of Liberians think Mamie Doe, who is Liberian and lives in Liberia is going to be seen more as First Lady than the perhaps more legitimate Clar, who is of Jamaican descent and lives in the United States. Opinion is however divided on the matter.

A cross-section of Liberians think Mamie Doe, who is Liberian and lives in Liberia is going to be seen more as First Lady than the perhaps more legitimate Clar, who is of Jamaican descent and lives in the United States. Opinion is however divided on the matter.

” She has been married to her for 20 years, came down to Liberia to help her husband campaign and by all indications has been faithful to her husband. Her nationality matters zero to me” said Joel, a Liberian national resident in New York. “She is the legitimate First Lady. No discussion”

“But she lives in the US. She can be the First wife, but Liberia deserves a First Lady. She needs to be present to fulfill the duties and functions of the office of the First Lady” Clarissa, another Liberian national opined.

George Weah is also reported to have children with 2 other women; Meapeh Gono and Mccdella Cooper. 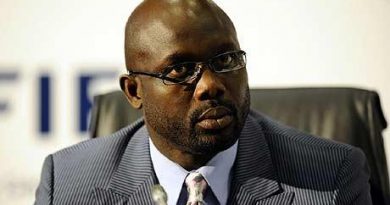