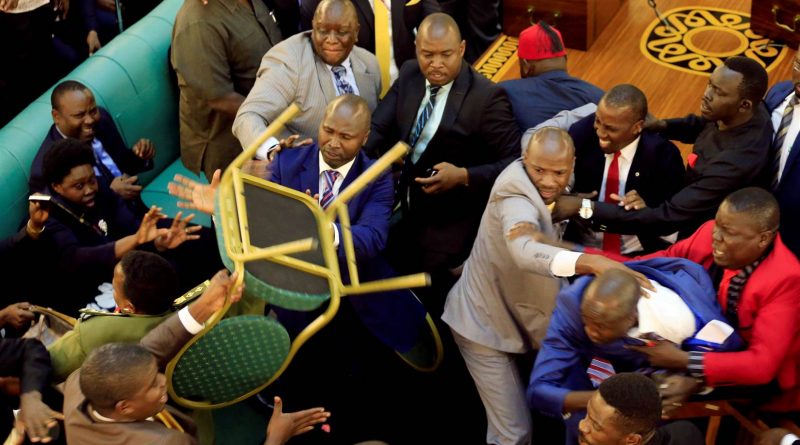 KAMPALA  – All hell broke lose in Uganda’s parliament for a second day, Wednesday over President Yoweri Museveni’s proposal to tweak the country’s constitution to enable him run for another term. Museveni, 73 is seeking a re-write of the law that pegs the maximum age of presidential aspirants at 75.

Members of Parliament traded fierce blows, kicks and smacks from whatever object was available to them including microphone stands, chairs and other parliamentary paraphernalia.  2 female MPs  reportedly collapsed and were carried out of the hall.

About 25 lawmakers who opposed to the proposed constitutional amendment were forcibly thrown out on orders of the Speaker for involvement in a Tuesday brawl resulting from the same subject. Other MPs who share the position of those thrown out, then staged a walk-out.

After calm returned, Raphael Magyezi from the ruling national Resistance Movement introduced the contested motion and authorized parliament to draft and present a bill that would effect the proposed changes. The motion then passed, according to parliamentary communications director Chris Obore.  He told the press that Magyezi would have about a month to submit the bill to a first reading.

Uganda goes to the polls in 2021 by which time Museveni, who has been in power since 1986, would be 2 years over the limit.

Yooweri Museveni has recently come under a lot of criticism for authoritarianism and a failure to crack down on corruption.

The proposal has stirred widespread resistance from civil rights activists, opposition parties, religious leaders and even some members of Museveni’s own party.

The country’s communications regulator banned live broadcasts of parliamentary proceedings after scenes of the initial fisticuffs appeared on national television on Tuesday.

No station aired Wednesday’s proceedings, but some posted clips of the brawls on their Twitter feeds, but Uganda’s two major privately owned TV stations, including a local unit of Kenya’s Nation Media Group, and some radio stations carried Tuesday’s parliamentary session live. 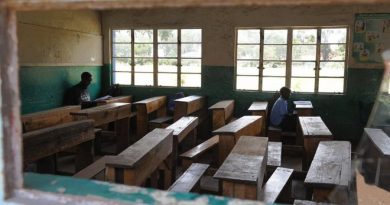 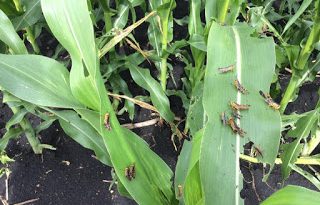 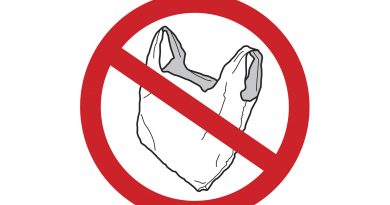