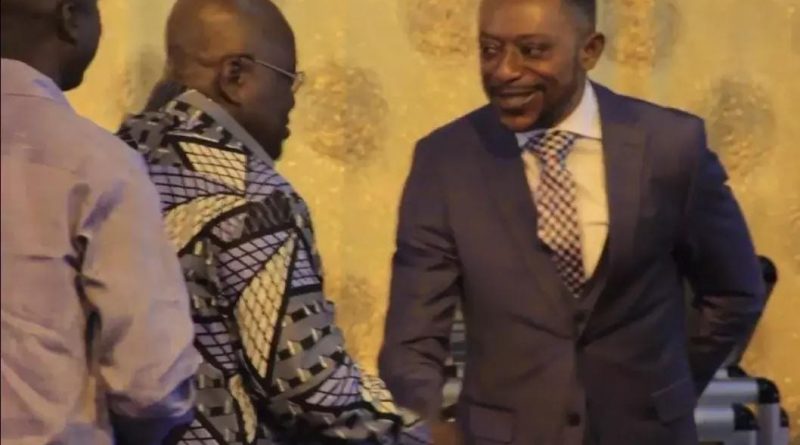 President Nana Akufo-Addo has paid glowing tribute to the founder and head pastor of the Glorious Word Ministry International Rev Owusu Bempah whose prayer he said contributed to his massive electoral victory in last December’s elections.

Sounding biblical, the president said the election was fought against principalities  and powers of darkness but he was convinced that the battle was the Lord’s.

Speaking to the congregation on his first visit to the church after his election victory, the president, Nana Akufo-Addo said the victory could only have come through the power of prayer and intercession by Rev Owusu Bempah and other spiritual leaders.

Rev Bempah, in the beginning of 2016 and against all odds, prophesied that the opposition leader, who was contesting for the third time after two previous failed attempts would win the December elections.

According to the outspoken man of God, the Almighty had rejected the incumbent President, John Mahama for which reason he cannot retain power.

He was also reported to have challenged the public to burn down his church if his election victory prophesy did not come true.

The possibility of an Akufo-Addo victory was slim given the resources at the disposal of the government in power and the age of NPP candidate.

Critics said at 73, the NPP leader was too old to campaign, let alone to rule effectively.

However, after a relatively peaceful election, the NPP, led by Nana Akufo-Addo overwhelmingly beat the incumbent by 53.8 percent to 44.4 percent.

In his victory speech Nana Akufo-Addo acknowledged the efforts of Rev Owusu-Bempah and some other pastors who helped in diverse ways to ensure his victory.

In what may be described as a show of gratitude the president visited the prophet today today, and called for continued prayers for him and his government in order for them to fulfill the promises made to the people.