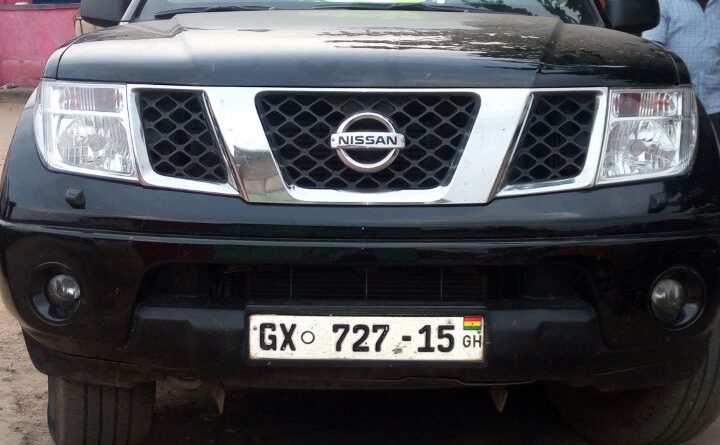 Three persons are in the grips of the Assin North district police in the central region for allegedly stealing telecommunication appliances.

The 3 (names withheld)  aged between 25 and 35 are alleged to be vandalizing cell sites of Telecommunication companies, stealing backup batteries and other valuable items including fire extinguishers and earthing cables in the process.

Luck however eluded them when upon a tip off by the by the police at Assin Praso, they were arrested by the police at Obuasi Junction n in the Adansi North district of the Ashanti region  in their quest to bolt with the telecommunication devices valued at thousands of Ghana cedis.

More than 20 backup batteries and other telecommunication appliances belonging to Glo Telecom company were found in the Nissan Navara pickup with registration number GX 727-15 with a State Protocol office of the President sticker fixed on the windscreen which the three were using.

The sticker arguably was used ostensibly to facilitate their smooth passage at various Police check points.

The arrest of three come at the time when the telcos especially Glo in the last two years has been complaining about the vandalization of their cell sites dotted on the n the last two Accra-Cape Coast-Tarkoradi road with more than 500 backup batteries and other items estimated at Ghc 1 million  being stolen in the process.

The backup batteries especially are key devices in the mobile telephony sector as they serve as alternative power source to sustain the cell sites in the event of power outage to enable customers communicate continuously without experiencing call drops.

On February 15, 2017, twelve of such backup batteries were stolen at a major  hub site at Assin Anyinabrim in the Assin South district in the central region. 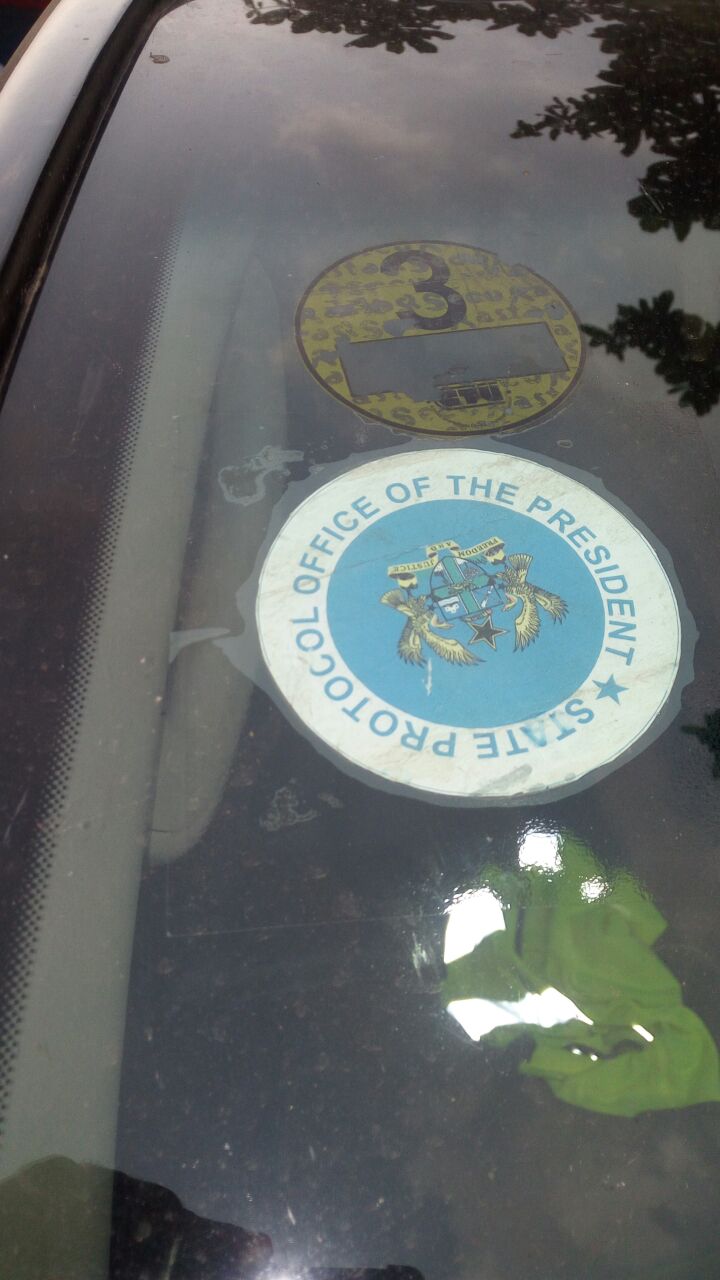 Following that theft incident, security guards at other Glo sites were instructed to be on high alert as the following day a a security guard at another major cell hub site in Assin Asempanaye in the Assin North District of the central region spotted a blue black Nissan Navara pick up leaving his site on his way back from taking his lunch.

Upon checks at the site, he realised that the backup battery compartment had been vandalized and 12 Batteries stolen.
He quickly alerted the site Engineer and the two hired a taxi cab to track the suspected thieves.

Upon reaching Assin Assin Praso Police check point, the security guard informed the Police officers who in turn sent a wireless message to their colleagues at other Police check points along the Assin Foso -Kumasi highway.

Following the tip off, policemen at a check point at Hwiremoase near Obuasi junction arrested and detained the three young men who offered to pay the Police over Ghc 1000 as bribe but the policemen declined and subsequently handed them to the Assin Praso Police.

The suspects who admitted to the offense of stealing, are now in Police custody at the Assin Praso Police station pending further investigation to enable the police arraign them before court.