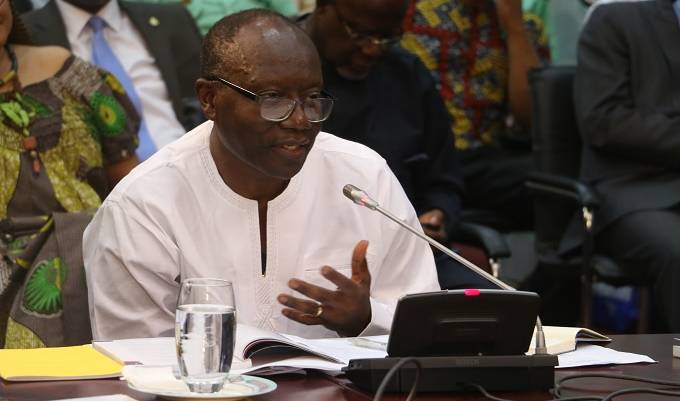 According to the Mr. Ofori – Atta who was answering a quaestion in parliament during his vetting stated that, the call to pay aggrieved  customers of DKM and other embattled ones was not
captured in the party’s manifesto.

Not really sure who might have made that promise during the campaign, Mr Ofori-Atta, stated that, the NPP government through the Bank of Ghana will put in stringent measures to check illegal Microfinance companies operating in the country.

He said, “I’m not privy to that promise, and I’m not sure the NPP has in its manifesto to settle all DKM customers”.

Over 70,000 customers were expected to receive their locked up cash and it was alleged that the NPP prior to the elections had promised to pay all outstanding monies owed customers, but to the finance Minister designate, the party’s manifesto did not capture that.

Millions of cash deposited by customers DKM were locked up, following the Bank of Ghana’s move in 2015, to stop the company from operating; over concerns that it was violating the microfinance regulations.

The balance sheet of DKM as at May 11, 2015 showed its net liability stood at negative 21 million cedis.

A number of customers of the company are reported to have lost their lives over the development which had been described as one of the biggest mcrofinance disaster in the history of the industry.

DKM was incorporated on April 3rd, 2013 and was licensed by the Bank of Ghana as a tier two microfinance company on 25th October, 2013.