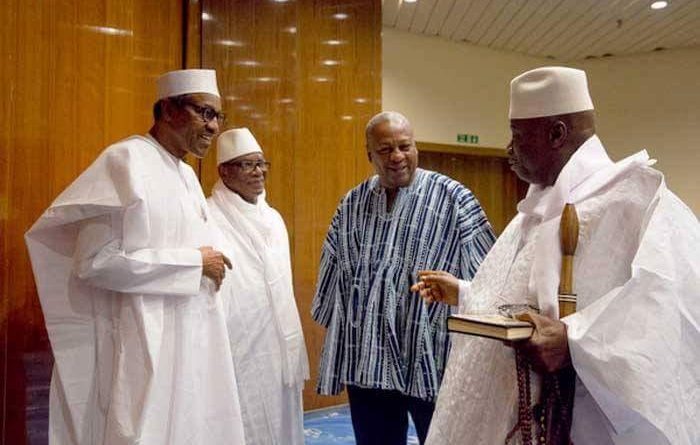 President John Mahama and three other West African heads of state from Liberia, Nigeria and Sierra Leone arrived in Gambia Tuesday to convince President Yahya Jammeh to accept defeat in this month’s election and “leave power”.

After the surprise victory of Adama Barrow in the country’s election on December 1, Jammeh quickly conceded defeat. However, in an about-face on Friday that drew international condemnation, the former coup leader denounced the results.

Jammeh plans to contest the result at the Supreme Court, raising the prospect that the opposition victory that was poised to end 22 years of autocratic rule will be overturned.

President Mahama accepted a request from ECOWAS to join the Chair of the ECOWAS Authority of Heads of State and Government, President Ellen Johnson-Sirleaf and two others in an attempt to find solutions to the political situation in the Gambia.

Gambia’s President-elect Barrow told Reuters on Monday that Liberia’s President Ellen Johnson Sirleaf, a Nobel Peace Prize laureate and current chair of the West African regional organisation ECOWAS, would head a delegation representing the bloc as well as the United Nations and the African Union.

Neither the Liberian president’s office nor Gambian officials could be reached for comment.

The mission involving the heads of state from four West African nations will meet with Jammeh and the president-elect in an attempt to resolve the crisis.

“With the statement from Jammeh (challenging the poll results) which shocked the world, he made a mistake, and they have to advise him,” Barrow told Reuters at a hotel in the capital Banjul.

Asked what he expected the delegation’s visit to accomplish, Barrow said he wanted to see an “expedited transitional period” that would lead to Jammeh handing over power.

“We are not talking about a military option. We want to safeguard our democracy and we want peace,” he said, adding that he was concerned for his own security.

“I have no official security. As president-elect, I should not be exposed in the way I am today,” he said.

Jammeh seized power in a coup in 1994 when he was an army lieutenant and has ruled ever since, winning four elections that were criticised by rights monitors and surviving several coup attempts. International human rights groups accuse him of widespread violations and repression.

A statement from the opposition coalition read to reporters in Barrow’s presence on Monday called for Jammeh to step down immediately.

Before his surprise change of mind, he had pledged to hand over power to Barrow in January following the transitional period dictated by Gambian law.

Gambia has no sitting Supreme Court. In order to hear Jammeh’s complaint, legal experts believe at least four judges must be hired.

“We do not recognise that the outgoing president has the constitutional authority in the last days of his presidency, to appoint any Supreme Court judges in the Gambia for the purpose of receiving his petition,” opposition figure Mai Fatty said. 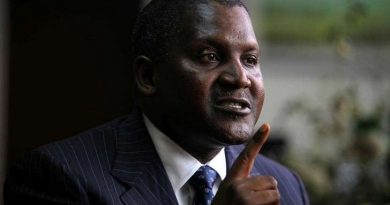 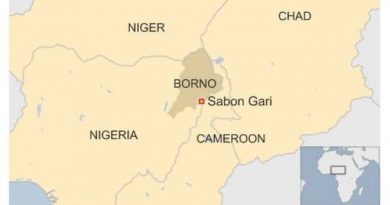