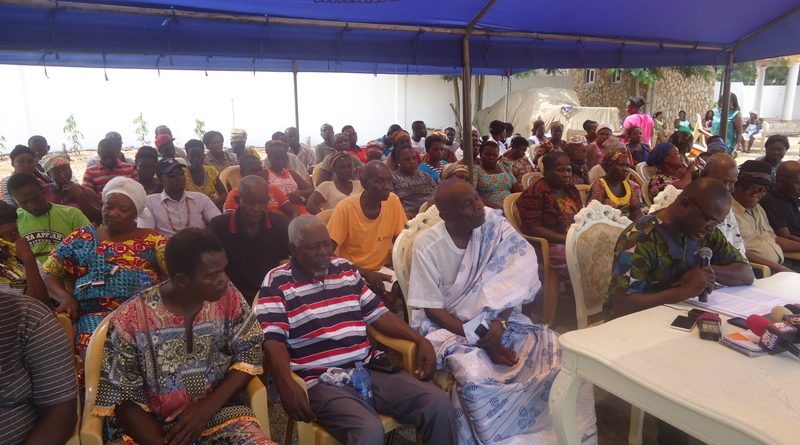 The elders of Appolonia Stool Council have promised to crush the irresponsible and arrogation of stool powers Nii Iddrisu Tettey Mansro has intoxicated himself in.

Nii Iddrisu Tettey Mansro, who has over the years claimed he is the Regent of Appolonia, the Appolonia Stool said, has illegally sold several thousands of plots of stool land to individuals and leased a thousand acre land to SINO Africa Development Company Limited for GH₵4 million.

SINO Africa Development Company Limited, operators of Zoomlion, the Appolonia Stool further explained, had acted unlawfully, without the consent of the Chief and elders of Appolonia and the Stool, for the purpose of getting the Stool lands.

That unlawful act of purchase, it continued, was to enrich three disgruntled indigenes of Appolonia led by the self-styled Regent Iddrisu Mansro, whom the Stool said it would deal with at the appropriate time. 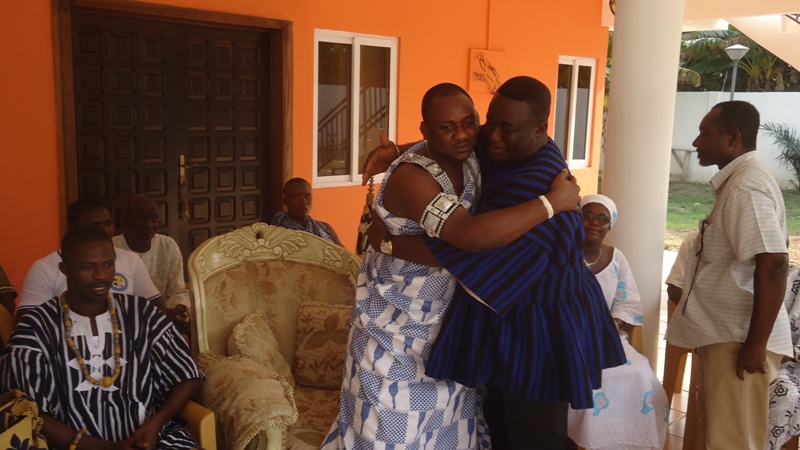 Joshua Nii Akpeng Tettey, assistant Stool secretary for the Appolonia Stool Council, told a section of the press at a news conference that “Joseph Nii Laryea Afotey-Agbo, the Greater Accra Regional (GAR) Minister and Member of Parliament (MP) for Kpone-Katamanso, is assisting in the illegalities as a form of revenging the son of Appolonia, Joseph Akuerteh Tettey, for challenging him in the last NDC’s parliamentary primary.”

Stating the case of the Stool, Joshua Nii Akpeng Tettey said the Stool got wind of the grant of the 1,000 acres of its lands through the police, who forwarded a copy of a petition sent to them by SINO Africa Development Limited, that some policemen were harassing the company after they had bought their property from the chief and elders of Appolonia.

He said the Appolonia Stool Council and their late Chief, Nii Tei Adumuah II, who reigned continuously for almost 38 years until his demise on January 14, 2014, condemned the illegal action by Nii Iddrisu Mansro and his two accomplices —Seth Gblie Narteh and Seth Afum—in December 2013, long after the three ‘Appolonia rebels’ had co-signed the said lease document to SINO Africa Development Limited.

“The Stool, consequently, through its lawyer, responded to SINO Africa Development Limited, denying knowledge of the grant of the 1,000 acres of land to them by Nii Iddrisu Mansro, Seth Gblie Narteh and Seth Afum.

“In spite of the education and proper procedural engagements the Stool, through its lawyer, gave SINO Africa, we were surprised the victims, through a press conference, said they acted genuinely by obtaining the said land from the Chief of the Appolonia Stool.

“This sudden u-turn by SINO Africa occurred after the NDC parliamentary primary when a son of Appolonia stood for the election to challenge Laryea Afotey-Agbo, who, thereafter, vowed to take vengeance on the Appolonia Stool and its lands.”

“SINO Africa can continue funding the MP’s political campaign and continue paying money to the three Appolonia rebels, but we, the people of Appolonia, are telling them that we will definitely get to that point of fully stripping naked all the 419 actors.

“We will take our lands back and then when we are done, we will deal with the intoxicated self-styled Regent of Appolonia who has no royal lineage as far as Appolonia is concerned,” he opined.

The Stool Secretary concluded that the gazetted Chief of Appolonia is Nii Nuertey Amobi II, whose lawful enstoolment rites were witnessed and authenticated by Nii Tetteh Otu II, Paramount Chief of Kpone Traditional Area, and Joseph Nii Laryea Afotey-Agbo, in 2014.

One thought on “Appolonia To Deal With Self-Styled Chief”