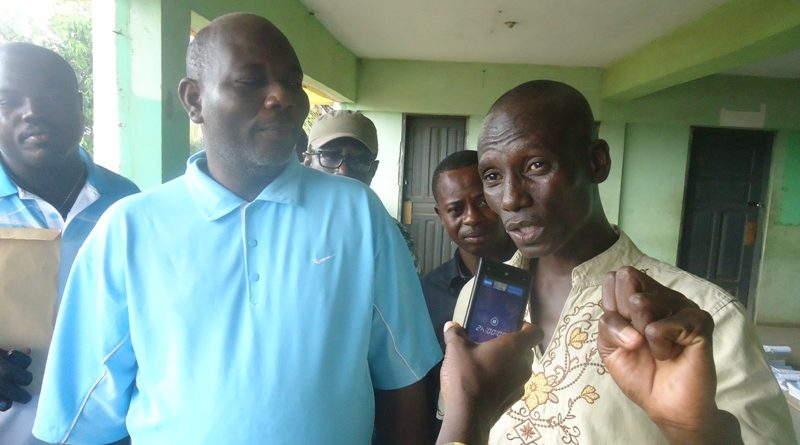 Stakes in garnering valid votes for the two most glamorous political parties in the Ashaiman Constituency are high as the parliamentary candidates for the National Democratic Congress (NDC) and New Patriotic Party (NPP) are promising massive votes for themselves and flag-bearers.

In a separate interview with both parliamentary candidates at the Ashaiman office of the Electoral Commission (EC) where they filed their nomination forms, Ernest Norgbey told ghnewsnow that the NDC and President Mahama had worked very hard to deserve another four-year term.

“In order to help the President continue with his massive developmental works, he needs a vibrant and hard working parliamentarian and those qualities and services are what I am coming to offer the people of Ashaiman.”

He said he was going to continue with the open-door policy service his predecessor, Alfred Agbesi, started in order to meet the social and economic tall needs of Ashaiman.

That the NDC had lost touch with the grassroots in the constituency, Mr. Norgbey pointed out, was false.

Ernest Norgbey hinted that the NDC was not loud in Ashaiman because they had embarked on a house-to-house campaign.

He indicated that he declared his assets too to the EC.

Alhaji Barry Labaran Yakubu, the NPP parliamentary candidate, for his part, said the NDC would taste defeat in the Ashaiman for the second time after 2004.

He explained that the NPP was not entertaining complacency despite the 65 percent votes the party was sure of registering for both Nana Addo and him.

“The NDC in Ashaiman is shaky and they know it. They will see their smoothness level on December 7,” he indicated. 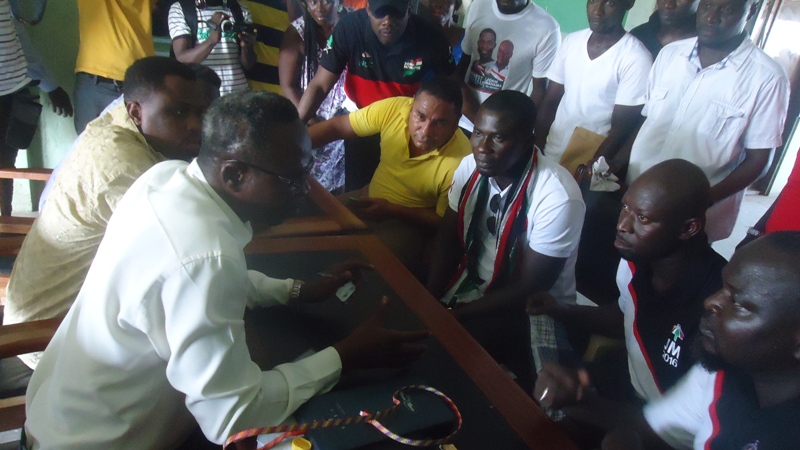 In the company of Alhaji Labaran was Thomas Adongo, former assemblyman and defeated NPP parliamentary aspirant, added that the lies of the NDC in the constituency had been exposed to the electorates, hence the pain the NPP would inflict on the NDC in the elections.

He said the NDC, through MASLOC, deceived market women in Ashaiman of some loans “and after registering the women with the promise of giving them the loans, some members of the NDC clandestinely collected the money in their names and shared it.”

The market women, he said, had promised to punish the NDC for deceiving them for using their names to ‘steal’ loans that were meant for them.

The dossier the NPP had about the NDC in Ashaiman, Mr. Adongo said, would be exposed as the NPP continued with its house-to-house campaign.

Thomas Adongo, early last year, declared of contesting as an independent parliamentary candidate after he felt the NPP executive in Ashaiman dealt unfairly with him.

However, he told ghnewsnow that he rescinded his decision few months ago, in order to throw his weight behind Alhaji Labaran to beat the NDC.

Martin Kojo Okyerefo, Returning Officer at the Ashaiman Electoral Commission (EC), told a section of the press that only the NDC and NPP could file their forms as at 3.45pm Thursday.

He, however, indicated that his office could not accept banker’s draft as payment for the two candidates’ filing fees because of a court injunction served the EC Chair, Madam Charlotte Osei, by the Progressive People’s Party (PPP), challenging the cost of the fees.