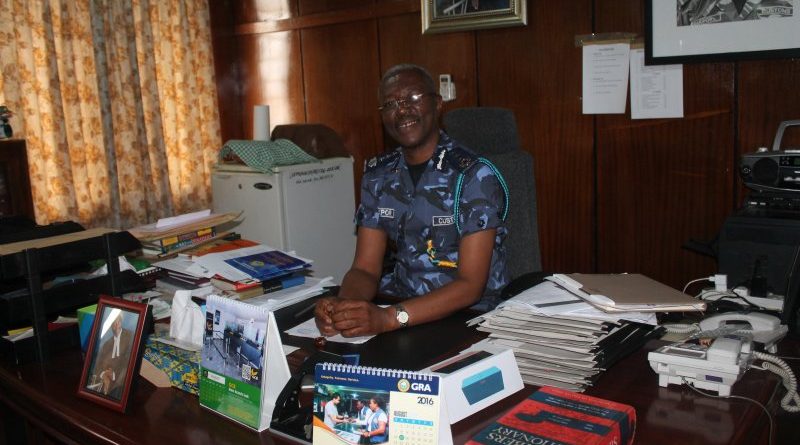 The Ashanti regional command of the Customs Excise and Preventive Service of the Ghana Revenue Authority has exceeded its annual revenue collection target. The outfit raked in Gh¢297.195 million as against the expected GH¢285.640 million mid-year 2016. The command in 2015 recorded a little over GH¢. 286.549 million target of an actual target of GH¢. 270.669 million in the entire year, an achievement Ashanti regional minister, John Alexander Ackon has described as an excellent display of commitment to duty by the revenue collection agency.

The sector commander of the service, Akwasi Ahiakpor said, his command is determined to make history in revenue collection in the country. Mr. Ahiakpor said hard work played a major role in achieving that feat in the last eight months in Kumasi.

“It is all about leadership, I assumed office in October last year and I said to myself I will study the system as it is till the end of the year and within the period over 120 staff I engaged everybody, one on one, I spoke to them, ask of their educational, professional background and in effect I knew everybody’s strength and weakness and I knew everybody’s background …and to start of I made internal changes, plucked almost everybody out of their comfort zone and threw everybody unto new areas and challenged them to give off their best, it’s a garment of so many things. Hands on administration, day to day coaching, motivation, education…this were some of the ways I went about it.”

Meanwhile, two officers have been interdicted for allegedly cheating the service in revenue collection as part of measures to clear out bad nuts from the system which will serve as deterrent to others.