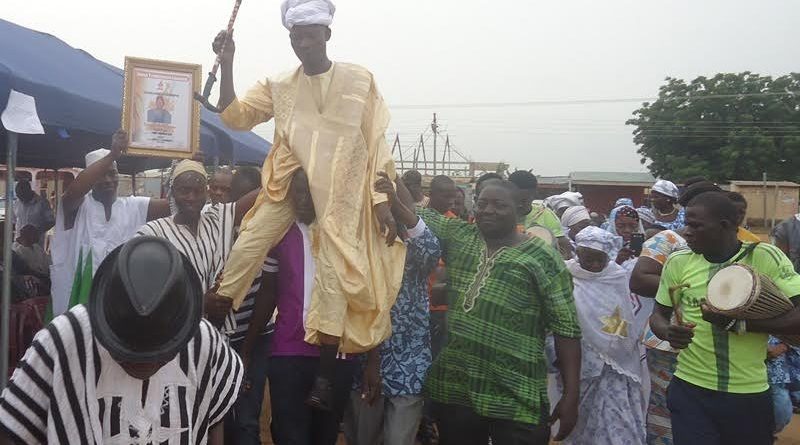 The Chief for the Frafra Community at Zenu in the Kpone-Katamanso District has advised Moslem youth to distance themselves from any violent act as political parties gear up to begin their campaigns.

Chief Abdulai Yen said the Moslem youth should reflect on the teachings of Islam to tell any politician who would hire them to engage in a political violence that they could not do their bidding.

“When you do anything criminal and the law grabs you, your paymaster will desert you…you will rot in jail,” he advised.

Abdulai Yen said this at Zenu where he was installed Frafra chief after the Tema Traditional Council (TTC) and the Tema Paramount Chief, Nii Adjei Kraku II, had handed him a certificate of recognition.

Chief Abdulai Yen said the Moslem youth should ask their unpatriotic and violent-minded political paymasters to rather empower them financially so that they would be independent.

He said it was insulting and disgraceful that wicked politicians would give a paltry GH₵50 to some Moslem youth to go and beat and maim their political opponent or snatch ballot boxes.

‘Don’t allow your conscience and God-given life to be ruined by any nation-wrecker,” he encouraged.

This year’s elections would stretch the peace and stability of Ghana, and so the security agencies would be on high alert to clamp down on any rioters, he said.

Therefore, he said the Moslem youth should love their country, family and loved ones, as that would motivate them to protect the country’s peace and stability.

Chief Abdulai Yen was grateful to his kingmakers and community for the honour and responsibility handed him, and he promised to work hard to ensure that the unity among all the tribes at Zenu was maintained.

He was happy that all the various religious faiths were peacefully co-existing “and this is the way we can all unite to make our community better for our generations.”