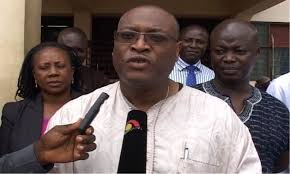 A total of 917 nurses have undergone training to be able to manage Community-based Health Planning and Service (CHPS) compounds in the Upper West region.

The beneficiaries, including volunteer healthcare nurses, were schooled in reproductive health care, maternal and child health service, family planning, treatment of diarrhoea and malaria treatment and childhood immunisation outreach, so that they could manage the CHPS compounds in the absence of doctors.

This was after the Japanese International Corporation Agency (JICA) with support of the government of Ghana had constructed additional 64  CHPS compounds in some deprived communities, to help improve access to healthcare in the region.

Ms. , to wing some of the facilities told journalists the construction of the CHPS compounds was a strategy to improve healthcare coverage in the region.

She said the visit to the facilities was to let him have firsthand information on how the project had improved the lives of the beneficiary communities as well as challenges nurses managing the facility face.

Ms. Ishiga said JICA in collaboration with government through the Ghana Health Service (GHS) embarked on the construction of CHIPS compound to improve, especially maternal and neonatal health for the beneficiary communities.

She explained that mobility and mortality among pregnant women and children accounted for significant proportion of all ill health and maternal deaths, hence the need to bring healthcare to the doorstep of the people.

She said the CHPS compounds project which started in 2006, was to strengthen primary healthcare in the communities.

She explained that the first phase of the project was to support the implementation and enhancement of the CHPS policy and training of community healthcare nurses to manage the facilities.

Ms Ishiga emphasised that the training of human resource development for the CHPS policy was an integral part of the project, to enable nurses provide quality healthcare, and said the second phase of the project, which would end this year was to strengthen maternal and neonatal health.

The acting Regional Director of the Ghana Health Service, Dr Winfred Ofosu said that there were 198 CHPS compounds in the region whilst 19 were under construction.

He said CHPS had significantly reduced maternal and neonatal deaths due to the availability and accessibility to healthcare, especially to expectant mothers.

Dr Ofosu said that the model of training community health and enroll nurses had been incorporated into the syllables of the training collages in the region.

That he said was to ensure that the nurses were fully trained to manage the CHPS even in the absence of a medical doctor.

A representative at the Public Relations section of the Embassy of Japan, Mr Stanislaus Acquah said the purpose of the tour in the region was to assess the benefits of the JICA project which would end in September this year.