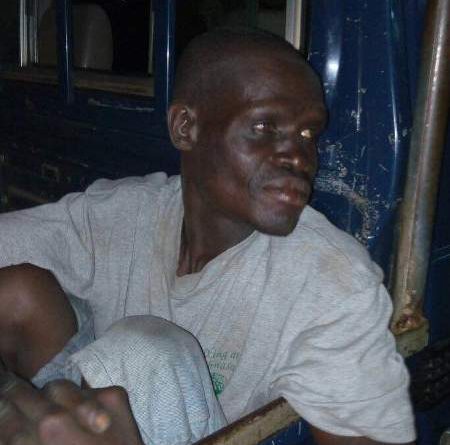 The Tema Regional Police Command has arrested a sixteen-year old junior high school (JHS) student and resident of Ashaiman on the Tema motorway in the Greater Accra Region of Ghana.

The suspect, Isaac Awotwum, was in the company of two other accomplices at about 7.30pm Thursday, when they nearly pounced on a driver on the highway which had no functional streetlights.

Assistant Superintendent of Police (ASP) Juliana Obeng, head of Public Relations Unit of the Tema Regional Command, in a release, said one of the two accomplices, is on the run but the other, Charles Kofi Lavie, 28, a resident of Ashaiman Newtown, is in the cooler.

The police night highway patrol team of the Regional Command, the release said, during their routine patrol on the motorway, spotted a vehicle parked at a site known for robbery attacks, and so it drove towards the occupant to offer its assistance.

As the team approached the vehicle, the occupant saw three men wielding machetes and rushing towards him from a nearby bush.

The occupant drew the attention of the patrol team, who signaled the robbers to surrender their weapons.

One of them surrendered, however, the two, sensing danger, bolted, thus, prompting the police to pursue them, and firing warning shots.

The police could arrest one while the third accomplice, whom the police suspected to possess a gun, escaped.

Charles Kofi Lavie and Isaac Awotwum, the JHS student, were taken to the Regional Police headquarters where ASP Obeng said they confessed to the possession of the weapons the police retrieved from them at the crime scene.

She said the two had been remanded in police custody while investigations continued to grab the third suspect to arraign them before court.