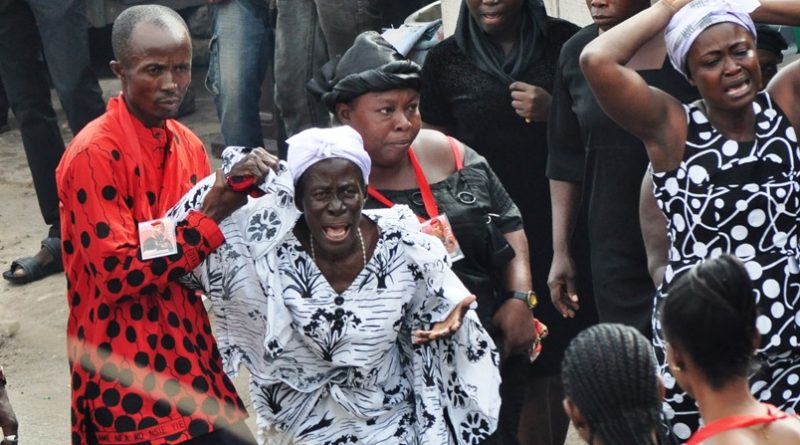 The remains of Osei Tawiah, the young man who was allegedly brutalised to death by the police at Krofrom, a suburb of Kumasi, on May 26, 2016 were interred yesterday, amidst a great display of grief and drama.

Family members placed a sharpened machete, a broom and ammunition in the coffin and ‘charged’ him to avenge his death.

They broke eggs and performed libation, invoking the Asante deity, Antoa Nyamaa, to deal with those who had a hand in Tawiah’s death.

Many of youth, attired in mourning clothes of red and black, thronged the pre-burial ceremony at Krofrom, while a handful of policemen who also showed empathy looked on.

In the main, the funeral was peaceful and civil.

the burial was to have taken place yesterday, but relatives of the deceased were denied the body on June 9, 2016 for contesting the report of the autopsy performed at the Komfo Anokye Teaching Hospital (KATH).

According to the report, Tawiah died of a heart attack (natural cause).

The hospital explained at the time that the family had not complied with procedures with regard to the presentation of the necessary documentation for the body to be released to it.

Following its earlier rejection of the autopsy report, the hospital gave the family the option of either going for a private pathologist to conduct an independent autopsy or present a written letter to KATH indicating that it had accepted the first autopsy report before the body would be released. 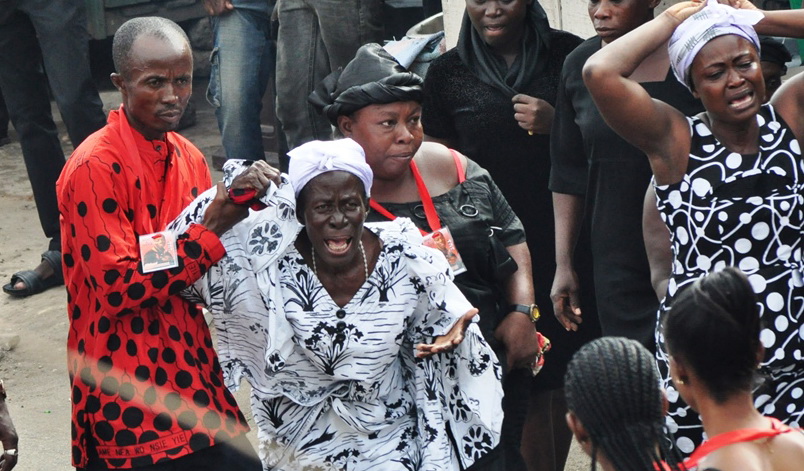 On reflection, the family decided to choose the second option, and even without a written letter, KATH accepted it and released the body to the family for burial.

The family spokesman, Mr Kofi Boadi, told ghnewsnow.com  the body was released to the family on June 14, 2016, after it had presented the death certificate, together with a burial permit.

On May 26, 2016, Tawiah, who was reportedly attending to the call of nature about 10 p.m, was picked up by the police, who were in search of an armed robber.

An eyewitness said without any provocation, Tawiah was handcuffed, brutalised and thrown into a waiting van. In the process, he hit his head against a metal and developed a deep cut.

His condition allegedly worsened when he was sent to the police station and subsequently rushed to KATH, where he was pronounced dead on arrival.

Residents of Krofrom took to the streets on May 27, 2016 in protest against what they said was the brutalisation of Tawiah by the police.