The Parliamentary candidate of the opposition New Patriotic Party for Wa Central Issahaku Moomin Tahiru has taken a swipe at the incumbent NDC MP for claiming he has achieved 80% goals for the constituency.
The PC who was reacting to claims by the MP Rashid Pelpuo that he has been able to achieve the said target told ghnewsnow.com the claims cannot be true.
Dr. Rashid Pelpuo who is also the minister of state in charge of Public Private Partnerships two weeks on point blank a program on Accra based Citi FM said, as MP he has been able to achieve 80% of the goals he set for the constituency and that the constituents could attest to it.
But reacting to the claims in an interview, Mr. Moomin Tahiru told Musah Lansah that the claims by the MP is akin to one setting exam questions for himself and answering them.
He said,”how can you set questions for yourself and mark then call it an achievement? The MP should tell us who he set the targets with and where it happened”. 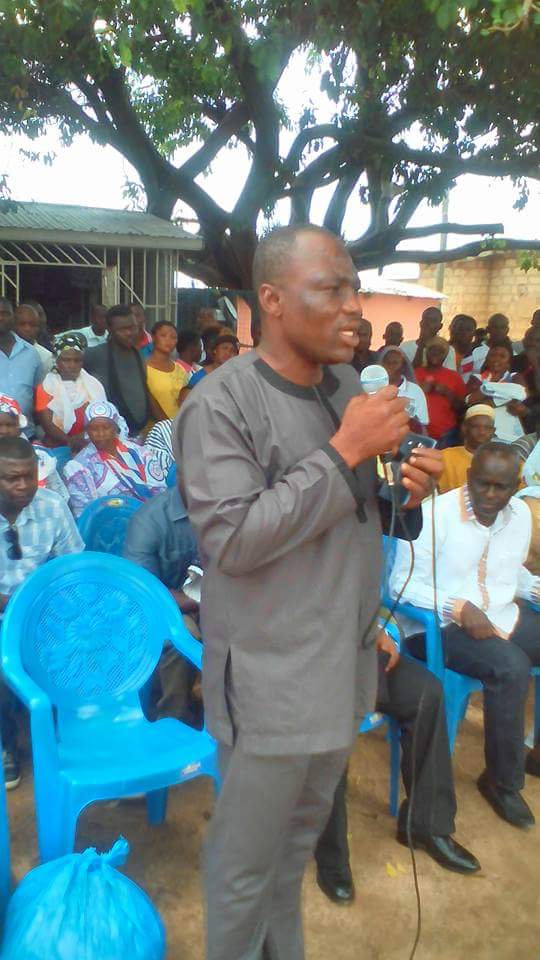 Mr. Tahiru went further to claim that the MP has failed the people woefully. According to him,”the MP has failed and i think its time the people chose me to prove to them that i can help push the area forward”.
The PC has donated some 25 bags of rice and 25 gallons of cooking oil to candidates writing this year’s BECE called for concerted efforts to improve on the performance of children in the Wa Municipality.
He disclosed his readiness to set up an education support fund to help needy children in the area attain education.
He said,” if elected I intend setting up an education support fund to help those our children who come from poor homes”.