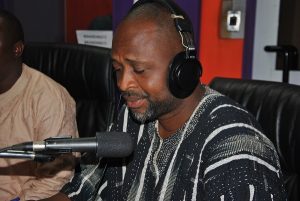 The Wa Municipal Assembly has indicated it is currently considering alternative sources of employment through irrigation projects to help ease the plight of farmers affected by prolonged dry season on the Savannah belt.

In contrast with southern Ghana which has two main cropping seasons, the Upper West region has a relatively shorter rainy season of about six months, leaving the region with only one cropping season.

Climate change has however worsened the plight of the region pushing the rainy season which used to begin in April well into April.

The people live from subsistence agriculture growing millet, maize, sorghum and yam with about 80% in livestock production.

Livelihoods of the people and food for the country are thus affected by this trend which has been linked to low levels of poverty in the poorest region in the country.

But speaking to Ivan Heathcote – Fumador,  in an interview the Municipal Chief Executive (MCE) for Wa Issahaku Nuhu Putiha outlined a number of measures his outfit is considering to better the lots of farmers.

“We have a very prolonged period of dry season, and what we are doing is to work closely with institutions to train the people in other skilled vocations so they can keep economically active during the dry season”

He also commended government for constructing irrigation dams to provide water for livestock and farms in the region for dry season farming.

“In my municipality alone, I can count three major irrigation schemes that are currently going on. We have one at Chire; we have one at Busaa. If you also go to Tinbakpon, you will get one there,” he outlined.

Wa is in the southern part of the Sahel, the semi-arid area south of the Sahara. Average annual rainfall is around 879 millimetres (34.6 in), almost all of which occurs between May and October.