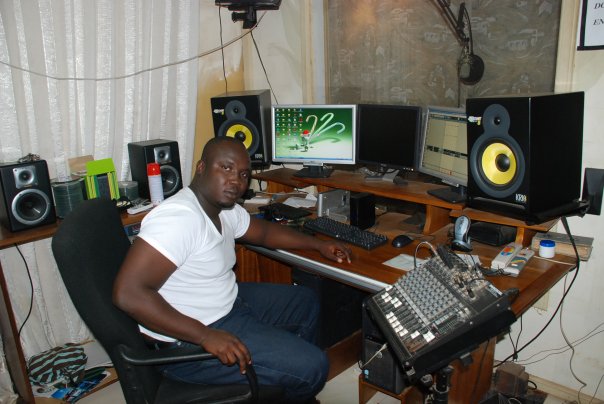 Multiple Award winning sound Engineer and music Producer David Kojo Kyei known in the industry as Kaywa said his starting up was by God’s grace as he starts producing for well known and established Music Artists such as Mac Tontoh.

Kaywa who recently won the sound Engineer of the year at this year’s VGMAs has been producing hit songs for the past 15 years.

In an exclusive interview with Kelvinfnk,Kaywa said ” what’s most memorable was producing for people you see on screen and God just bring them to you”. According to him, working with established artistes in the Music Industry today brings him satisfaction.

Kaywa is one of Ghana’s finest Music producers and sound engineer, at the early stage of his career, he worked with Ghana’s legendary Act the late Mac Tontoh, one of the great pioneers of the fusion of African and western music and a founding father of the international music group Osibisa.

This year which marks Kaywa’s 15 years in the industry will be celebrated in a grand style this July at the Tema sports stadium. All the major artistes he has worked with in the past years will all be supporting and performing their hit songs produced by Kaywa.

So far artistes such as Sarkodie, Daddy opanka, Keche, Becca, 4×4 and Kwabena Kwabena among others have pledged their support to celebrate Kaywa  at the “Kaywa live playlist” concert this July at the Tema sports stadium.

The event is powered by House of Maasela Events and advertising company in Partnership with Highly Spiritual Music.