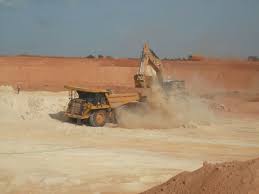 The Ashanti Regional Security Council (REGSEC) has stepped in to foil tension between illegal miners and Management of Owere Mining Company Limited after they have taken over the company’s concessions.

Over 150 illegal miners from seven communities in the Asante Akim Central Municipality of the Ashanti Region have invaded the premises of the Mining Company causing a huge destruction to land and water bodies there.

The company said their entry is illegal since no prior notice has been given.The development is coming at a time when the Ashanti Regional Security Council is mediating similar tension between AngloGold Obuasi Mines and residents in the area.

At least   several farmlands in and around Konongo-Odumasi have been destroyed by the illegal miners who have invaded the area to tap on the rich gold deposits there.

Survival of the Owere River is also threatened by the rampant pollution as a result of Galamsey activities.a visit to the area uncovered that, pits have even been dug in homes in search of gold.

Galamsey is gradually becoming a mainstay for the unemployed youth in the area.The miners have found their way into the concessions of a mining company at Konongo.They are claiming that the company has not been in operation hence they are taking advantage to dig for gold.

The illegal miners most of whom were wielding sophisticated weapons threatened whoever comes their way in an angry manner.

They have declined comments on their actions but will only direct media men to speak with their bosses.

Although the Owere mines have stalled operations for some time, management said they were finalizing documentations to revamp the mines.

The mines have also secured heavy funding from investors to kick start operations.Head of Security at the Mines, David Nguettia said the activities of the illegal miners posed a big threat to the company and the entire community.

He added that the miners are acting with impunity since no prior notice was given before they entered into their premises.

“Actually they pose enough threat because is something like an invasion and whenever they are rampant here we have to strengthened our security to protect our properties being stolen. Also they leave the pits uncovered after digging them and they become death traps”

The illegal miners recently pulled a gun on Mr Nguettia and his patrol team members when they embarked on an operation to protect the company’s properties.

They also succeeded in hurting one of the company’s security of which the police in the area failed to effect any arrest.

Ashanti Regional Minister who is also chairperson of the REGSEC, John Alexander Ackon confirmed receiving the petition from the mining company and assured his outfits resolve to act swiftly in dealing with the matter head on.

Mr Ackon described the developing as disturbing and however indicated that REGSEC will engage both parties to resolve the matter amicably.

The Minister said “Likely they have sent a petition with pictures detailing the extent at which their areas have been destroyed. We are deeply concern about such development. We have seen some of the pictures and they are quiet disturbing. I have asked the District Security Council under the Konongo Municipal Chief Executive to act and give me an immediate report from which REGSEC will go in and see what we can do”.

Documents available to ghanewsnow.com  however indicated that the Owere mines have an active mining lease that will only expire in June 2023 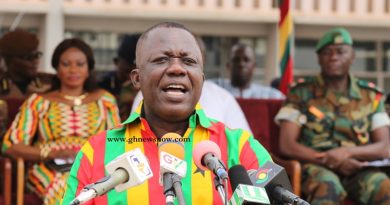