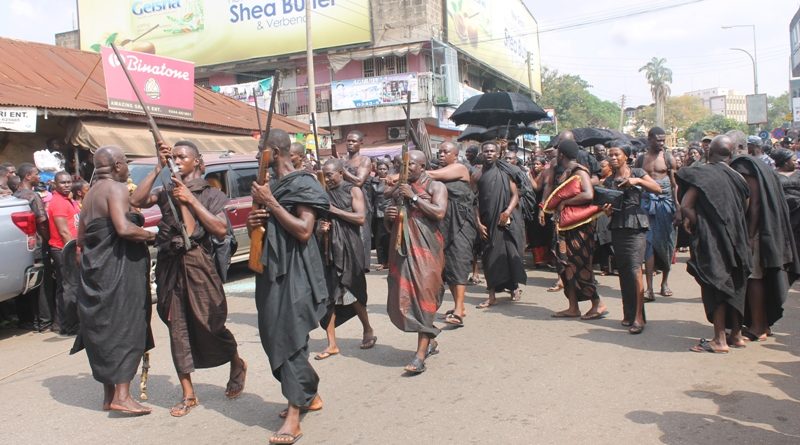 The chief of Bantama in Kumasi and war Marshall of the Asantehene,  Baffour Asare Owusu Amankwatia V is expected to buried to night .
The sudden death of the powerful Chief was officially announced in line with traditional custom. Reports say he died at the Korle-Bu Teaching hospital in Accra on January 25 this year after short illness . 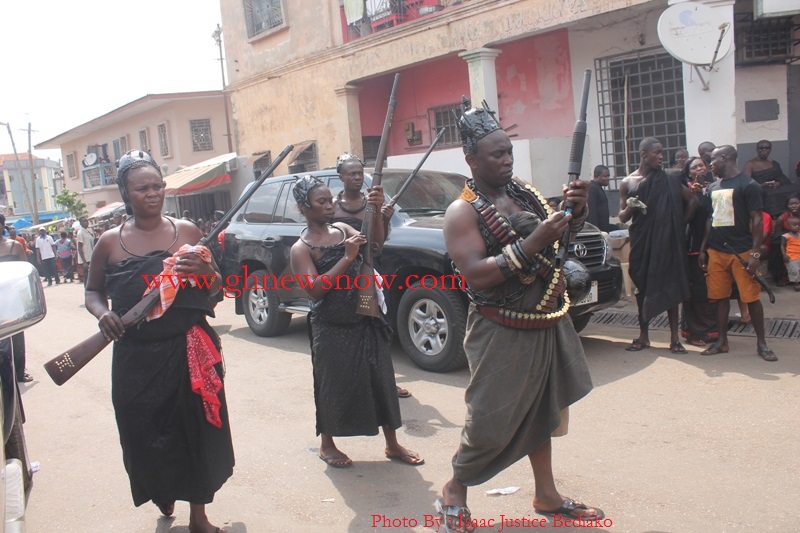 The Bantama stool is very prominent in Kumasi and the Manhyia Palace. Nana Amankwatia V was enstooled in 2002 to succeed the late Baffuor Awuah V who died in 2002. 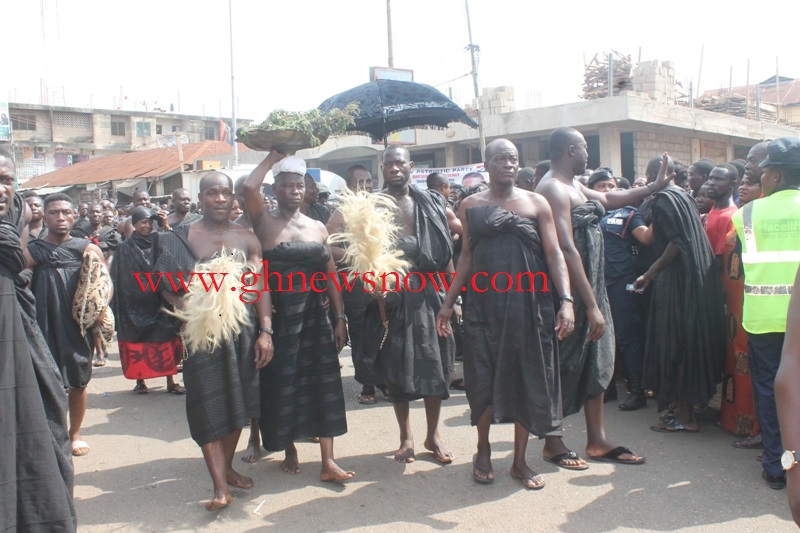 The occupant of the Bantama stool pays unalloyed loyalty, dedication and honesty to the Asantehene.
In addition to serving as the War Marshal of the Asantehene, the Bantamahene is also the head of the Krontire clan of the Kumasi Traditional Council.

The funeral of the Bantamahene attaracted several powerful personalities across the country including the president of Ghana John Dramani Mahama, Asantehene Otumfuo Osei Tutu II and several others. 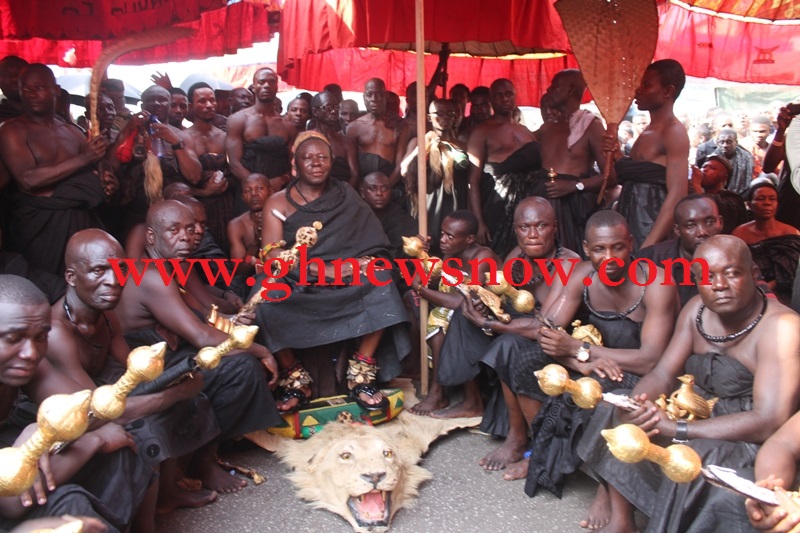 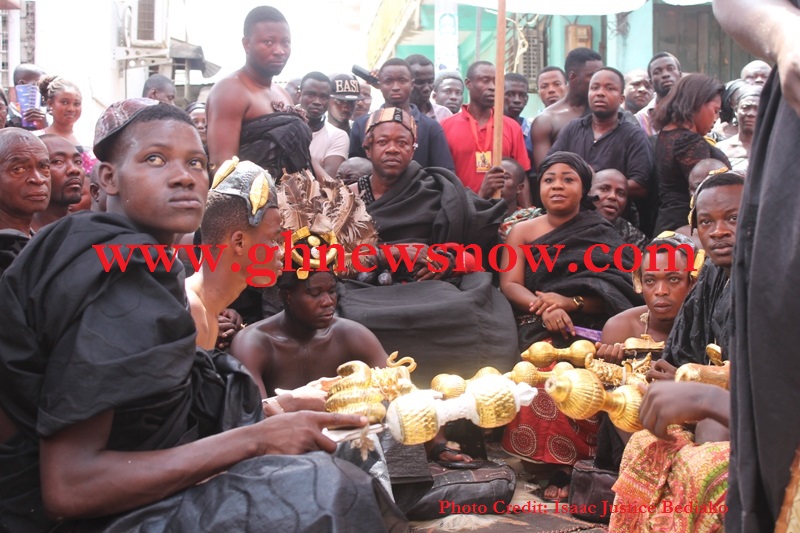 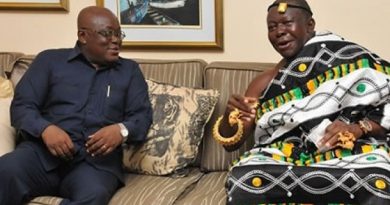 Afoko: ‘I Was Ousted Despite Otumfuo’s Pleas To Nana’ 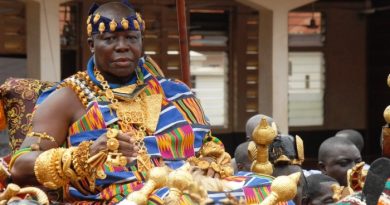 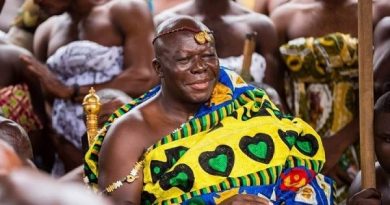