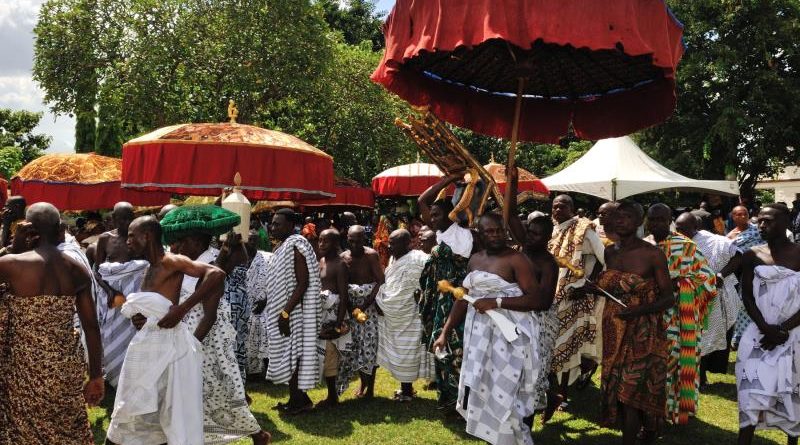 The Ashanti Tradition Council has warned that Ashantis can no longer tolerate being disrespected on their land by settlers.

According to the traditional authority, never again would they sit down unconcerned for their rights to be trampled upon by persons who are not ready to respect their authority.

“We will not allow ourselves to be taken for granted again. If this matter is not investigated thoroughly, Ashanti chiefs will do what we have to do. Because it is time we showed that we are men too. We are tired, we have kept quiet over many of the issues but this Tafo issue we must deal with it conclusively,” Ankobeahene of Otumfuo Osei Tutu fumed.

A clash that ensued between some Muslim youth and the traditional authority in Tafo, a suburb of Kumasi, over a cemetery-land dispute some few days ago put the security of the area under threat.

The clash claimed one life with several properties destroyed.

The Regional Security had to impose a curfew on the area and dispatch a combined military and police officers to restore peace and order.

The Ankobeahene commenting further said to ensure fairness and justice in the Tafo rumpus, it was important for the security agencies to engage the Otumfuo in all their dealings relating to the matter.

“We must handle matters in such a way that nobody can take the laws into their hands in the future. Whatever the Security Council is discussing in relation to this matter, Otumfuo must be involved”, he added.

Attached is the  Audio recordings of Otumfuo Ankobiahene