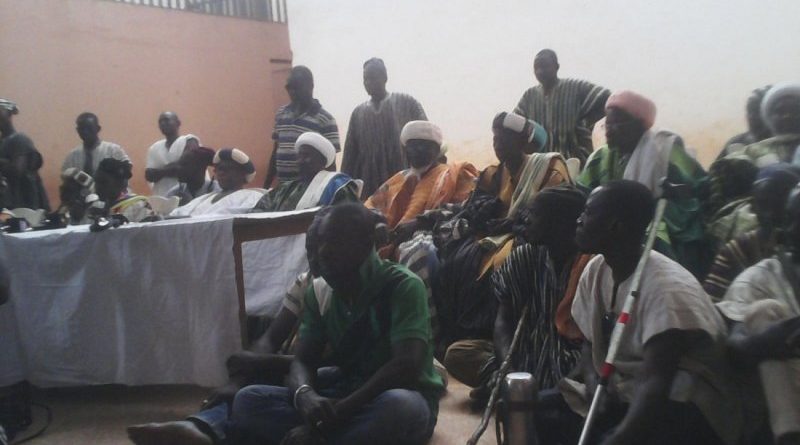 The Andani Royal Family in Dabgon has declared it is ready to engage the Abudu Family in yet another war over the latter’s notice to forcibly enter the Gbewaa Palace to perform the funeral rites of their late Regent, Naa Abdulai Mahamadu IV. The Abudu Family in a mammoth press conference on 11 January, 2016 in Yendi threatened government and the Asantehene-led committee with a two-week ultimatum to enforce processes that would grant them access to the Gbewaa Palace or they shall use other means to gain access to the palace. “We are compelled under the circumstances to serve notice that if by Monday, January 25 2016 there is no renovation works going on at the Gbewaa Palace for the two funerals we shall advice ourselves. We intend to explore all means necessary to gain access to the Gbewaa Palace to perform Naa Mahamadu Abdulai’s funeral.” With just a day to the deadline, the Andani side has issued it readiness to fight the Abudu family. “We have come a long way from March 2002. This time the response of Andani Family would be swift, resolute and direct, and such a manner as to put permanent closure to the intransigent arrogance of these extremists of the Abudu Family not only in Yendi but throughout Dagbon,” Galwei-Tamale Naa O. S Mahamadu spokesperson for the family said at a press conference over the weekend. The Andani family stated that it would not allow the performance of the funeral rite of the late Abudulai Mahamadu IV in the Gbewaa palace because he was deskinned in May 1974 upon a recommendation of a Committee of Enquiry by the government of NRC which found that his ascension to the office of Yaa-Naa was “illegitimate and in flagrant violation of Dagbon traditions and custom.” The family has also asked the security forces in Yendi to withdraw from the precincts of the Gbewaa Palace and dared the Abudu Family to carry out their threat.