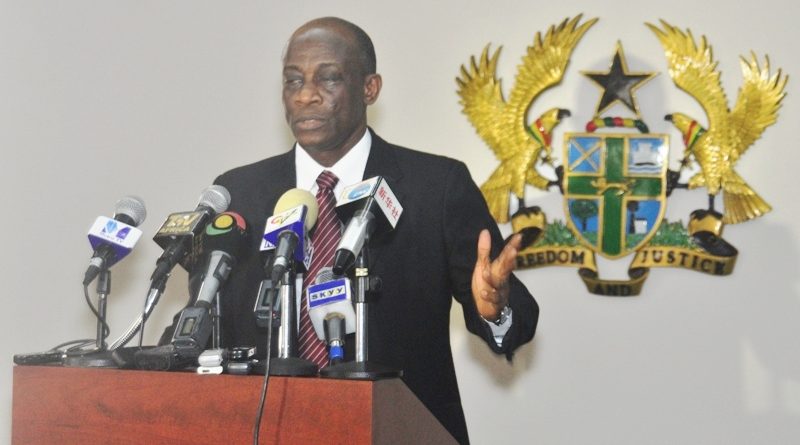 Latest
January 20, 2016July 30, 2016 Isaac J Bediako 0 Comments exposure to government’s Treasury., Investment in Government of Ghana
Investment in Government of Ghana-backed securities witnessed a GH¢4.6billion rise in 12 months, with the country’s commercial banks leading a pack of investors that have increased their exposure to government’s Treasury.

The increased investment in government’s securities by mainly commercial banks contrasts sharply with the investment plans of the Bank of Ghana and foreign investors who all cut their holdings in government securities.

Analysis of figures available to the B&FT from the Central Securities Depository System — the institution mandated to record the holdings of all securities in electronic form — show that in January 2015 investors held a little above GH¢28billion investment in the Ghanaian money market.

However, as of the end of December last year, the quantum of investments held in the debt securities market had increased to GH¢32.9billion in a year the government of Ghana alone borrowed more from the domestic market in a single year than any government in the country’s 59-year history.

According to the B&FT analysis of the data, commercials banks increased their exposure to the government of Ghana Treasury in a bid to contain their non-performing loans as the rocky state of the economy has forced many investors to turn to less risky investment alternatives.

The banks alone increased their holdings in government securities from GH¢10billion in January last year to more than GH¢12.2billion.

Social Security and National Insurance Trust (SSNIT) — which is the sole pensions operator in the Tier 1 sector of the country’s new pension system – also increased its exposure to the government of Ghana Treasury by more than GH¢231million to GH¢537 million as at the end of December last year.

Meanwhile, the Bank of Ghana also reduced its investments last year by GH¢283.6million: bringing its total holdings in debt securities to GH¢1.46billion.

Additionally, investments held by foreign investors also went down — from GH¢6.95billion to GH¢6.88 billion, making it the first time in about a decade that non-resident investors in the country’s money market have consistently cut their investments.

Despite the increased holdings in government’s securities, however, there are seemingly cracks in investor confidence in the government’s Treasury — which became evident in the first week of this year when the government of Ghana three-year bond issued in the period to raise GH¢500million to refinance matured debts at a cost of 24.75 percent a year was under-subscribed by about GH¢74million.

Ghana is scheduled to go to the polls in November this year to elect a President and parliamentarians, and the declining interest in debt security instruments should come as a worry to government — which expects to raise about GH¢25.42billion for the first six months of this year.

Foreign investors have often been the principal targets of governments’ medium and long-term bonds, and the size of the country’s debt is a worry to many institutional investors who are also weighing the opportunity to invest in US government securities following a recent decision by the Federal Reserve to raise interest rates.

According to provisional fiscal revenue data for the first nine months of 2015 provided by the Finance Ministry, the public debt stock is GH¢92.2billion — which is equivalent to 69.1 percent of GDP.