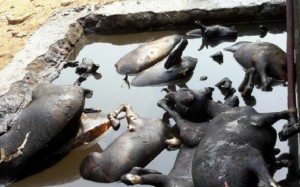 A Deputy Minister of Food and Agriculture, , Dr Luisa Hannah Bissiw has bemoaned the unhygienic state of the Kumasi Abattoir, noting that conditions if not immediately improved could pose danger to the lives of unsuspecting consumers of meat prepared at the facility.

The Minister who was worried at the sorry state of the facility during a working visit to the abattoir on Monday December 21, 2015, described the process leading to the slaughtering of animals as “disgusting” and “not healthy for human consumption.

Dr. Hannah Bissiw was there in particular, to ascertain the process and systems that animals go through before they are sent to the various markets for sale and consumption.“I saw very skinny, sick and wasted animal coming for slaughter” she said.

“I see animals being dragged for long distances on the floor before they would be slaughtered while people dealing with the animals were also not in the prescribed outfit,” she said. 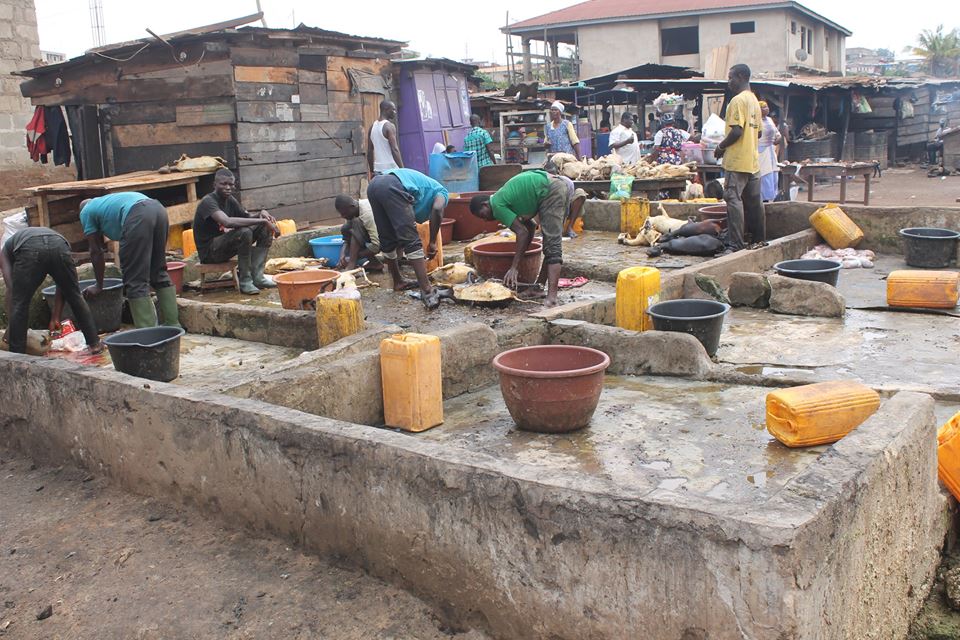 Even before the management of the abattoir could come around, the Deputy Minister had inspected some of the outside facilities, observed some of the animals that had been brought for slaughter at the facility that was adjudged the best in the country two years ago.

Looking at some of the processes outside, the Deputy Minister told the Veterinary Officers at the abattoir that from a professional point of view, most of the animals should fail before they reach the veterinary officers table adding that both the officers and the owners of the abattoir “should not take money and endanger the lives of Ghanaians”.

“Apart from the people and offices that are nice, there is nothing to write home about, right from the discharge point”, she said and added that “there is a possibility of 99 per cent animal contamination”.