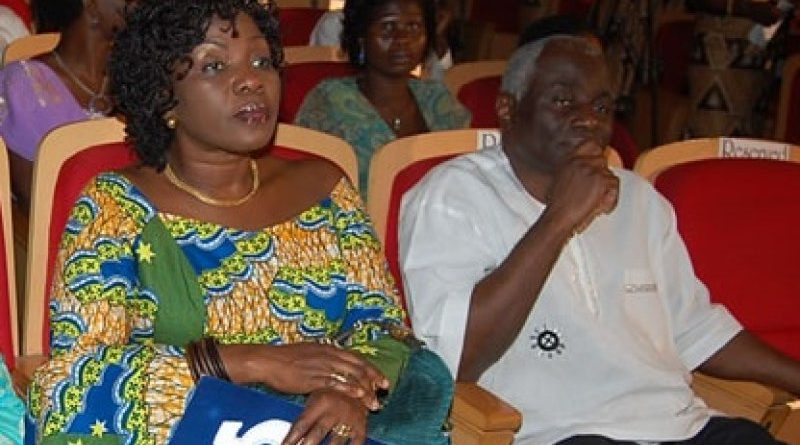 The Board of the Ghana National Petroleum Commission (GNPC) has approved the payment of ex-gratia to four of its former workers including, former Chief Executive Tsatsu Tsikata.Other people to benefit from the payment include, Chief Executive Officer of STRATCOM Africa, Esther Cobbah , who was Public Affairs Manager of the company. The other two are Nana Boakye Asafu-Adjaye (Ag. Chief Executive) and Mr. Benjamin Dagadu (Field Evaluation and Development Manager).In a statement Monday, GNPC said the decision to pay the monies to the former employees was made after a careful and detailed considerations of the circumstances that led to their removal from the state company.Below are details of the Statement by the GNPC The Board of Directors of the Ghana National Petroleum Corporation (GNPC), has approved the payment of ex-gratia to four former employees of the Corporation, comprising of two former Chief Executives and two Managers.The four and the positions at which they exited GNPC are: Mr. Tsatsu Tsikata (Chief Executive); Nana Boakye Asafu-Adjaye (Ag. Chief Executive); Mr. Benjamin Dagadu (Field Evaluation and Development Manager); and Ms. Esther Cobbah (Public Affairs Manager).The four served the Corporation for periods ranging between 12 and 21 years. They were all removed from office in 2001, under circumstances that did not allow for the payment of their respective accumulated separation entitlements.The Board of Directors of the Corporation, after in-depth review of the situation, concluded that the payment of the end-of-service benefits to these management personnel, who had made invaluable contributions to the development of the Corporation, is a valid obligation. The Board took the position that meeting this obligation, however belatedly, is the right thing to do.The Corporation computed the amounts to be paid to each of the affected senior managers on the same basis as what has been used with respect to all staff who are made redundant or separated from the organisation.