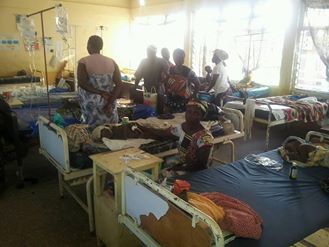 The Bongo District Hospital in the Upper East Region of Ghana is congested forcing authorities to box both women and children on admission  in the same ward due to lack of  facilities.

The worst of it is that more than two child Patients share same bed putting pressure on health workers.

Child patients are forced to share one bed though health authorities concede it is not the best practice. The hospital serves more than 15 communities in the Bongo District and neighboring Burkina Faso.

Notwithstanding the additional challenge of poor access roads from other remote communities to the facility, the increasing number of referral cases from other facilities result in overcrowding, especially at the maternity ward.

According to an insider at the Hospital, under bizarre situations women are even delivered with touch light because the facility is technically challenged

Despite efforts by authorities to reduce or deal with persistent cases of cross-infection which keep patients and relatives longer than usual at the hospital, it has not been encouraging.

A source at the Hospital tells ghnewsnow  Samuel Mbura in Bolgatanga that “most mothers come with two or more children. One is sick while the others are healthy. But often before the admitted child gets well, the healthy ones unfortunately end up getting infections due to the congested nature of the facility’’.

“At least we record deaths on daily basis. The urgency of the case most times forces the mother to also be admitted. The sourced said

The hospital also faces challenges with accommodation for nursing mothers.

The Bongo District health Facility is only carrying the titled as a Hospital but is not qualified because the Facility is seriously lacking behind. 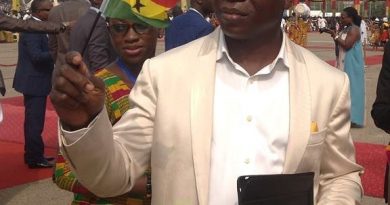 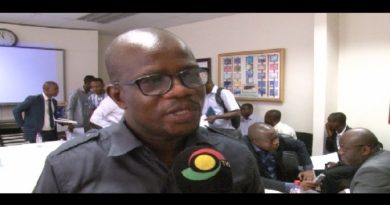 No More Change Of Postings On Health Grounds – NSS 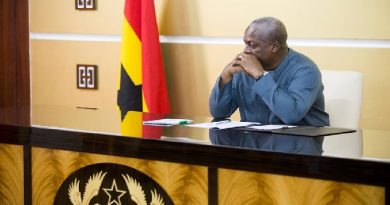