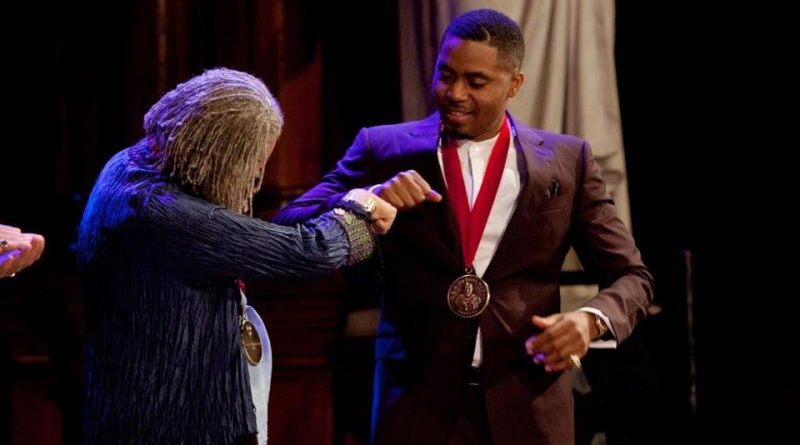 The veteran rapper was honored with the W.E.B. DuBois Medal during a ceremony at Harvard University on Wednesday (Sept. 30), Associated Press reports.The Queens native received the award for his involvement and contributions to culture, human rights, and the arts central to the African and African-American community.Other recipients alongside the “Cherry Wine” lyricist includes the legendary Muhammad Ali, U.S. Attorney General Eric Holder, and Marian Wright Edelman who’s the founder and president of the Children’s Defense Fund.Two years ago, Harvard established the Nasir Jones Fellowship which sought to uncover “projects from scholars and artists that build on the rich and complex hip-hop tradition.”In response to this program, Nas said, “In my rollercoaster of a life I’ve endured good and bad for sure, and I’ve truly been blessed to have achieved so much thru art in my short life thus far.“But I am immensely over-the-top excited about the Nasir Jones HIP-HOP Fellowship at Harvard. From Queens, NY to true cultural academia.”