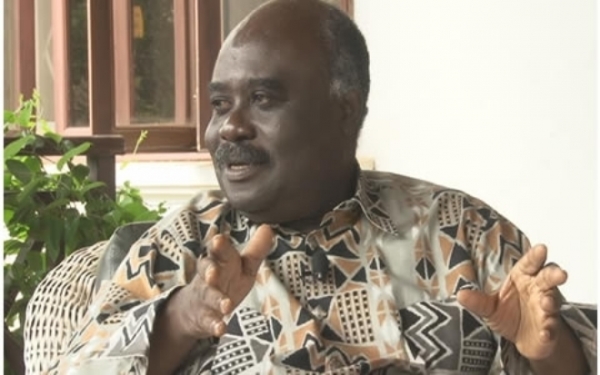 I could not take my special invitation to the recent debate on the proposed 40 year National Development Plan. Whilst I sorely missed the back-slapping, invigourating exchanges, I managed to participate love on radio and my recently addiction of social media.

Good thing that I was spared having to choose between the very splendid positions presented by the two Kofis’, viz. Agyeman-Badu Akosa & Bentil. Just as well, because I would have found myself stranded as to which was the more persuasive point of view

My problem is simple; I hold the view that the notion of a ”40 year National Development Plan” is not consistent with the practice of “Representative Multi-party Democracy” practiced under the 4the Republic of Ghana and indeed all other Republics before the onset of a one-party state under the first Republic.

I would also like to propose that the so-called regional consultative meetings, planned by the National Development Planning Commission (NDPC), should be stopped in their tracks and the huge amounts of money that would be spent on the exercise be shelved and used to support the 2016 General Elections, and a possible national referendum on making the NDP legally binding on every democratically –elected Ghana government for the next 40 years; if that is at all possible.

You see we have been down this road before. Several millions of United States dollars went into a Constitutional Review Process under the late President John Mills. The process used a committee set up under one Executive to deliberate and deliver its output. The Executive that set it up is no more. The successor Executive is not bound by it; and there is no chance of any of the CRC proposals becoming the law of the land until such time that the Parliament and the entire population of Ghana have had their say through passage of acts and referenda.

The National Development Planning Commission (NDPC) was established under Articles 86 and 87 of the 1992 Constitution as part of the Executive.
The NDPC’s membership, spelled out in Article 86, comprises: 1. A Chairman who shall be appointed by the President in consultation with the Council of State; 2. The Minister responsible for Finance and such other Ministers of State as the President may appoint; 3. The Government Statistician; 4. The Governor of the Bank of Ghana; 5. One representative from each region of Ghana appointed by the Regional Coordinating Council of the region; and6. Such other persons as may be appointed by the President having regard to their knowledge and experience of the relevant areas and roles pertaining to development, economic, social, environmental and spatial planning
Article 87 of the Constitution states the core mandate of the Commission is to “advice the President on development planning policy and strategy” and, “at the request of the President or Parliament, or on its own initiative”

So this is where the fun and games start. The same 4th Republican Constitution prescribes three very important pillars for selecting the President of Ghana. First, that the President shall be elected via universal adult suffrage (“one person, one vote”) 2. That, the person shall serve no more than two terms in office (maximum of 8 years), and last and most importantly, 3. Ghana shall be a multi-party state (no one party rule)
The above requirements alone mean that whilst the role of the NDPC may be perpetual for as long as the 4the Republic Constitution is in place, its membership and advice is under constant review as the mandates of Presidents are determined at the four yearly General Elections, of which the next one is scheduled for December 2016.
My own dear sister, Dr, Grace Bediako, Technical Adviser at the NDPC, is reported to have suggested that work is ongoing to make the 40-yer National Development Plan legally binding on successive governments. She is reported to have said a so-called white paper and the present NDPC’s response to it would lead to legislation that will bring all governments under that kind of guidance
Well I am no constitutional law expert, but I cannot see this happening any time soon. I don’t believe President Mahama can even bind a successor NDC President, let alone expect President Akufo-Addo to embrace a plan that has been put together by a Mahama-appointed NDCPC. If this is not foreseen can we look to Presidents who will come long after we are all dead?

Unless there are fundamental changes to our Constitution to make this idea of perpetual succession embedded, we should simply forget the whole exercise and the obvious waste of money that would be frittered on endless consultative meetings and consultancies.
There is an industry that is fast gaining currency in this country. We have gotten deep into a patently false and undemocratic practice called “Stakeholder Consultations.” The process comprises of getting ‘hand-picked so called stakeholders and lecturing them under the guise of garnering their views.

The NDPC has embarked on regional consultation processes” to solicit views, comments, recommendations from chiefs, traditional leaders, community elders, the Assembly members, political party representatives Queen mothers, teachers, students and the ordinary Ghanaian that are needed to inform the preparation of the 40year plan for the nation.

I don’t know who ordinary Ghanaians are and what the purpose of this expensive exercise will achieve. However, I am afraid that whatever outcomes or concocted consensus is attained, as with the CRC recommendations, nothing will be binding on any President, current or future, until and unless the processes established under the constitution for electing our Executive or changing the constitution are adhered to strictly.
We have successfully fought off the perennial African disease of incumbents seeking third terms. This has put paid to the notion of |Presidents for Life”. I do not envisage that my brother Mahama or any of the myriad of self –declared CPP successors will seek the return of one-party rule in Ghana.

Lastly, I cannot see any President of Ghana, imminent or future or prospective, wanting to be bound by a NII MOI THOMPSON – inspired DEVELOPMENT PLAN, never mind the manifesto on which they won and obtained the mandate of the people of Ghana via an election conducted under universal adult suffrage

In the end, the ultimate stakeholders are the electorate of Ghana and the people they choose to give their mandate to. Rolling out ex-presidents Kuffuor & Rawlings is moot, especially without consulting Akufo-Addo or others in line to be our Executive.
Having been through a thoroughly pointless and very expensive CRC process, we should not put the scarce resources of a HIPC-qualified Ghana to a far better use, i.e. assisting the Electoral Commission of Ghana to prepare us for the only stakeholder consultation that matters, the General Election of December 7 2016.